Bulgaria 1st in Europe by Mosques Per Capita 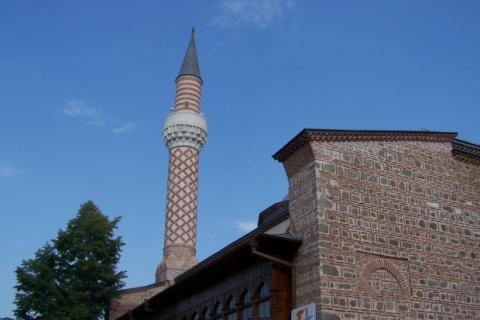 According to Eurostat data, Bulgaria has a total of 1200 mosques, the highest number of mosques per capita in Europe. Photo by BGNES

Bulgaria has the highest number of mosques per capita in Europe and the country ranks next to Arab countries with its total of 1200 mosques, according to data of Eurostat.

570 000 Bulgarians define themselves as Muslims

Courses in Islam are offered on the curriculum of Bulgarian schools on a voluntary basis, bTV reminds.

According to official statistics of the Chief Mufti's Office in Bulgaria, a total of 3372 students attended classes in Islam in elementary schools in 2011.

According to data of the Trade Union of Bulgarian Teachers, the number of students who opted for the subject increased six-fold in 2011.

Bulgaria's Ministry of Education, Youth, and Science has no official information on the topic and the data is to be collected in two weeks' time.

Emil Velinov, head of the Religious Denominations Department at the Bulgarian Council of Ministers, explains that the Supreme Islamic Institute still lacks an accreditation but the students receive diplomas certifying that they can become imams or hodzhas.

The Supreme Islamic Institute still lacks an accreditation as an institution of higher education because it does not meet the criteria.

Courses in Islam are also offered in the southern Bulgarian villages of Sarnitsa and Ustina.

The institutions offering courses in Islam were inspected in 2005 by MPs from the Parliamentary Committee on Human Rights, Religion, Citizens' Complaints and Petitions to make sure that they were functioning legally, given that they lacked a registration as schools and were under the sole command of the Chief Mufti's Office.