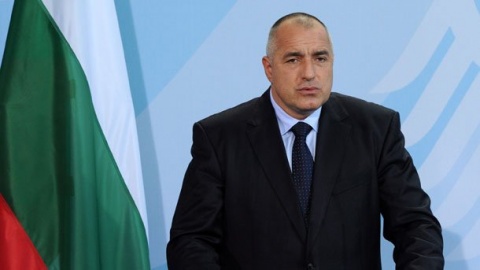 The rule of Bulgarian Prime Minister, Boyko Borisov, has been marred by frequent allegations of past ties with the underworld. Photo by BGNES

The Coordinating Council of the EP's CRIM has decided to not hold a public hearing on the alleged criminal past of Bulgarian Prime Minister, Boyko Borisov.

At the end of June, Bulgarian journalists requested a check by the European Parliament's Special Committee on Organized Crime, Corruption and Money Laundering (CRIM) on alleged ties of Borisov to the criminal world published by Wikileaks.

The alert was carried out by the site for investigative journalism Bivol.bg, official partner of WikiLeaks for Bulgaria, and human rights activist Petar Pentchev, member of the Association for free speech "Anna Politkovskaya."

The news about the refusal of CRIM to hold the requested hearing was reported by Bivol Tuesday, citing own insider source at the Coordinating Council.

According to Bivol, the decision has been made with the prevailing votes of MEPs from the European People's Party, EPP, of which Borisov's ruling Citizens for European Development of Bulgaria party, GERB, is a member. The Greens party had a shot at reversing the situation, but Greens representative, Bart Staes, had not shown up for the vote.

The decision of the Council will be adopted by CRIM at their next meeting in October.

The Bulgarian Greens party reports that they are calling the "Green" MEPs to ask them to do everything possible to reverse the decision in case of a new vote.

The Bulgarian journalists, who submitted the request, call the decision "EUOmerta" (in reference to Omerta), vow to appeal it and demand a public hearing and vote in the matter. The next step would be to file a claim with the EP President and launch an international online petition "Say No to Mafia in Europe, in order to force CRIM to do their job under the European civil initiative mechanism."

They ground their discontent on the goals of CRIM being listed as establishing the necessary contacts, making visits and holding hearings with the European Union institutions and with the international, European and national institutions, the national parliaments and governments of the Member States and of third countries, and representatives of the scientific community, business and civil society, as well as grassroots actors, victims' organizations, the officials involved in the daily fight against organized crime, corruption and money laundering, such as law enforcement agencies, judges and magistrates, and civil society actors who promote a culture of legality in difficult areas.

Bivol.bg published over a year ago a diplomatic cable by former US ambassador to Bulgaria John Beyrle, in which the diplomat refers to reports linking Borisov to illegal fuel deals, traffic in amphetamines and money laundering.

At the end of May, German paper Die Tageszeitung published information suggesting that Beyrle was basing the contents of his cable on information he received from the CIA.

"The very fact that there is such shadow casted on the Prime Minister of EU member state over the above listed suspicions, known publically and internationally, is scandalous and hurts the public image of the entire European Union," Bivol.bg journalists wrote in their letter to CRIM.

They further stressed that the fact the information comes from no other source than the CIA speaks strongly on behalf of its reliability and warrants the incrimination of Borisov.

"The case is fully within the authority and the competence of CRIM. We believe that the Committee's probe will shed light on the mixing of interests of organized crime and senior officials," reads the letter addressed to the EP committee.

The Bulgarian journalists in particular asked CRIM to organize a public hearing of, among others, Wikleaks's Julian Assange, Serbian mafia boss Sreten Jocic (currently under trial), a number of journalists and intelligence officers, as well as Boyko Borisov himself.

US journalist and top intelligence expert, Jeff Stein, who in 2007 published in Congressional Quarterly a harsh article about the shady past of Borisov, recently told Bivol he was willing to appear before CRIM.