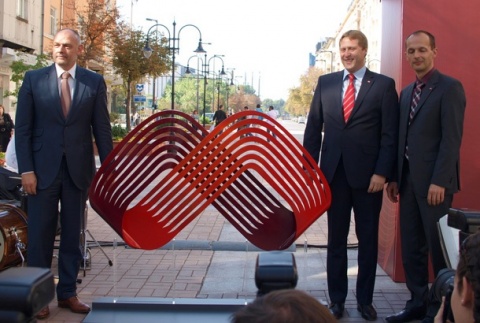 M-Tel's new logo features the letter "M" tied as a ribbon, with "tel" in red, a drastic change from the existing logo.

M-Tel's motto has been changed from "This is your voice" to "More about you". What is more, the company has changed even the way its name is spelled – from M-Tel to Mtel.

According Mtel CEO Andreas Maierhofer, the mobile operator's rebrading reflects a change of its values, as the company is now going to focus on the client "as a personality".

Mobile Bulgaria has described Mtel's new corporate identity as focusing more on the lifestyle of its clients than on the actual mobile phones and other devices.

Mtel has already rebranding 60 of its 180 stores all around Bulgaria, and is due to rebranding all of them with a matter of months.

The company's new image has been created with the help of UK company Saffron Brand Consultants, and took 13 months to develop.