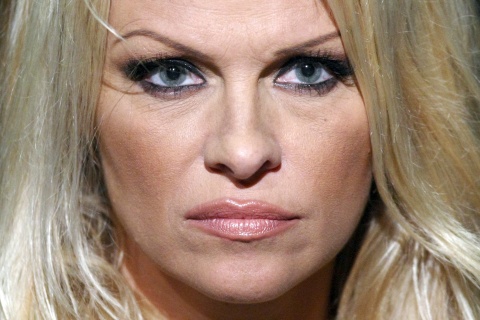 Pamela Anderson is reported to have had a cold shower in the house of the Bulgarian "Celebrity Big Brother" reality. Photo by EPA/BGNES

Star Hollywood model Pamela Anderson has literally "run away" from the house of the Bulgarian edition of Celebrity Big Brother 2012 because of the lack of hot water, according to unconfirmed reports.

Pamela Anderson entered Monday night the house of VIP Brother, as the Bulgarian edition of Celebrity Big Brother is called, for the 2012 season of the reality show run by Nova TV, amidst massive public interest.

However, she did not spend the night in the designated house of VIP Brother, as when she tried to take a shower at 1:30 am, she was shocked by the freezing water, the Trud Daily reported.

The lack of hot water in the facilities of the Bulgarian Celebrity Big Brother is said to have been caused by a failure of the central heating system in the town of Novi Han, right outside of Sofia, where the Nova TV studios are located.

The producers of VIP Brother are even said to have complained from Toplofikatsiya, the Sofia heating utility, because of the whole incident.

Pamela Anderson is said to have flipped out because of the lack of hot water, and the producers had to take her to a hotel in Sofia.

The report says further that the star Baywatch blonde went on a shopping tour in Sofia in the morning on Tuesday, instead of returning to the VIP Brother house.

Anderson is also said to have demanded that she spend her second and last night in Bulgaria in a hotel, instead of going back to the VIP Brother accommodation, before she leaves Bulgaria Wednesday morning for LA.

Pamela Anderson's participation in the Bulgarian edition of Celebrity Big Brother did bring high ratings for Nova TV, with some 900 000 viewers estimated to have watched the show Monday night.

However, this number is far from a being a TV rating record in Bulgaria where the most popular TV shows in history are estimated to have attracted more than 3 million viewers.