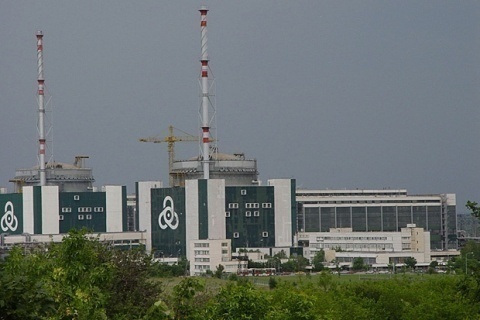 Russia has no intention of sharing information with energy company Westinghouse regarding a feasibility study Westinghouse is doing for the construction of on a potential seventh unit at Bulgaria's Kozloduy Nuclear Power Plant, a report says.

Russia "will not under any circumstances transfer any documents or technologies" to Westinghouse regarding the potential use of Russian equipment initially intended for the Belene NPP project at Kozloduy, ITAR-TASS reports, citing a source in the Russian atomic industry.

The Bulgarian government decided to build a 7th unit at the existing Kozloduy NPP after it gave up on the construction of a second Bulgarian nuclear power plant in Belene back in March 2012.

In August, Westinghouse Electric Company received a contract to perform a feasibility study on the potential new unit.

The required study will encompass a review of two potential designs: a reactor of VVER design utilizing equipment already purchased by the customer together with Westinghouse instrumentation and control (I&C) systems, fuel and a Toshiba Corporation turbine generator, and the construction and operation of a pressurized water reactor (PWR) 1000-1200 MW design.

The scope of the feasibility study includes an evaluation of the site, radioactive waste and spent fuel management, reuse of existing infrastructures and facilities, licensing, local economic aspects, and the profitability of the two reactor designs.

Last week, Atomstroyexport, a subsidiary of Russia's state-owned Rosatom, increased its claim over the cancelation of the Belene NPP project to EUR 1 B. The case of Bulgaria having to reimburse Atomstroyexport for scrapping plans to build a second Nuclear Power Plant in the Danube town of Belene is tried by the International Court of Arbitration in Paris.

On Tuesday, Atomstroyexport expressed firm belief it will pocket EUR 1 B in compensation over the cancellation of Belene.

However, Bulgarian officials have argued that the Russian company's increased claim would not stand any chance in court.