Bulgaria to Pay for Greek Road Section on Border Pass 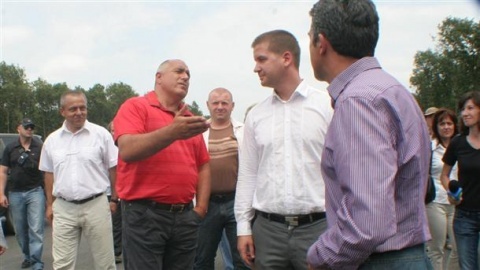 Bulgaria is ready to pave with asphalt a kilometer and a half on Greek territory on the road through the Makaza mountain pass.

The statement was made by Bulgarian Prime Minister, Boyko Borisov, during his visit to the southern city of Kardzhali, cited by the Bulgarian National Television.

According to Borisov, this will accelerate the opening of the new cross border check point between Bulgarian and Greece.

The Bulgarian PM is to extend the proposal to his Greek counterpart Antonis Samaras.

Borisov noted that Bulgaria has been ready for quite a while with its section, but due to the economic crisis, the Greek side lacks funding to finish their construction thus the road between Kardzhali and Komotini remains closed.

The 24-km road section between Kardzhali and Podkova will be connected to the already completed road between Podkova and the Makaza Pass, thus providing a fast and direct road connection from Central Southern Bulgaria to Greece via Kardzhali.

The recent and long-anticipated decision of the Bulgarian government to make the Ruse-Makaza road a "priority project" is justified with the need to absorb EU funds under Operational Program "Transport", which would allow faster administrative procedures for investments, land expropriation, and construction. The Bulgarian government plans to turn the road in question into a "high-speed way" (with four lanes).