Bulgaria Should Be Gearing Up for EU Council Presidency - PM 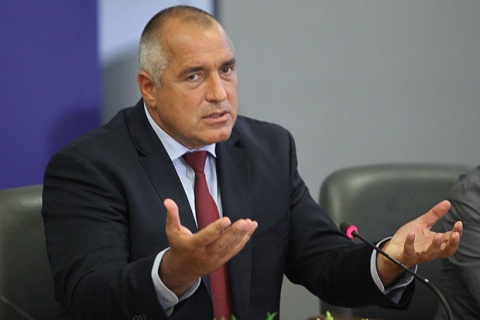 In the words of Prime Minister Boyko Borisov, Bulgaria should be getting ready for the 6-month Presidency of the Council of the European Union in the second half of 2018. Photo by Sofia Photo Agency

Bulgaria should be getting ready for the 6-month Presidency of the Council of the European Union in the second half of 2018, according to Prime Minister Boyko Borisov.

Speaking in Parliament Friday, he presented a report on the development of Bulgaria's priorities under the completed Danish Presidency and the current Cyprus Presidency.

"In the first six months of the year, intensive talks were held on key EU topics, including the Multiannual Financial Framework, the development of the Cohesion Policy and the Common Agricultural Policy, on which the Danish Presidency achieved quite some progress. The emphasis was on negotiating the Financial Framework for the next programming period. Bulgaria made progress on two important priorities - the separation of the Cohesion Policy in a separate subsection of the Financial Framework and the extension of the assistance for the decommissioning of nuclear installations in Bulgaria, Slovakia and Lithuania," Borisov said, as cited by the Bulgarian National Radio (BNR).

"On July 1, Cyprus will take over the Presidency of the Council of the EU. The Cypriot Presidency emphasizes four topics – Europe, more efficient and sustainable, Europe, with a better performing and growth-based economy, Europe, more relevant to its citizens, with solidarity and social cohesion, Europe in the world, closer to its neighbors," Bulgaria's Prime Minister noted.

He suggested that the priorities of the Cypriot Presidency fully coincided with the goals repeatedly stated in official stances of the Bulgarian government.

Plamen Oresharski, former Finance Minister and MP from left-wing Coalition for Bulgaria, was quick to criticize Borisov right after he finished his statement.

Oresharski stressed that Bulgaria was in its sixth year as an EU Member State, with the major part of the period spent under the government of center-right party GERB and with none of its priorities implemented.

He insisted that the widely advertized accession to the ERM2 and to Schengen had failed.

Oresharski added that Bulgaria had plummeted from the middle to the bottom of the ranking by EU funds absorption.

He claimed that the report had been compiled as a pure formality and lacked an analysis of the connection between local and EU policies.