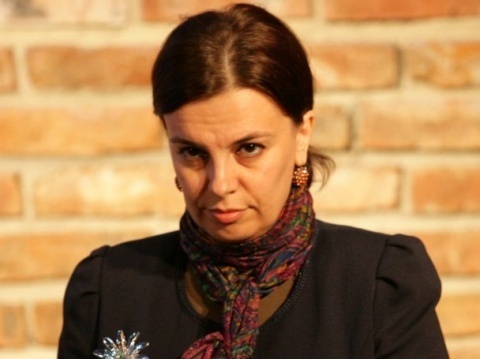 The Supreme Administrative Court case in the appeal of Judge Miroslava Todorova's dismissal has been postponed for November 8.

The news was reported by the Cross.bg news agency.

In her claim Todorova insists the punishment imposed on her by the Supreme Judicial Council, VSS, violates the rules and the law.

The case was scheduled to start per se Thursday, but the Judge's lawyer, Ina Lulcheva, has presented new evidence that need to be examined by the magistrates.

At the end of July, а five-member panel of Bulgaria's Supreme Administrative Court , VAS, ruled to not put on hold Todorova's dismissal of Todorova.

Earlier, a three-member VAS panel refused to suspend temporarily the decision to fire her, which she also appealed.

The latest VAS decision means that all 40 cases tried by Todorova, some of whom, such as the "Sofiyski Imoti" (Sofia Properties) one and the one against drug lord Anton Savov AKA Mamata, are monitored by the European Commission, will have to start from scratch.

Without a hearing, Todorova, Chair of the Bulgarian Judges Association, BJA, and Judge at the Sofia City Court, was dismissed on July12 by VSS on disciplinary grounds over the unreasonable delay of proceedings. The move not only came just days ahead of the release of the EC Monitoring Report on Bulgaria's Justice System and Internal Affairs under the Cooperation and Verification Mechanism, but found its place in it.

The report noted that the difference in the workload in different Courts leads to serious delays, particularly in writing motives for verdicts. According to EC, the delays harm not only the effectiveness of the judicial process, but the independence of magistrates, according to the EC.

The report also pointed out that professional organizations have raised the issue of some judges being punished for the delays while others are being tolerated.

After the VSS decision, Torodova filed a claim with VAS to annul it on grounds the move will allow her to continue work on her caseload. She is one of Sofia City Court magistrates with the most cases. In 2011 she tried 300 cases.

The Judge warned that her dismissal means that scores of cases must start from scratch and stressed that her dismissal would burden with additional work other panels, would increase the waste of time of State institutions and citizens and expenses from the budget of the Judiciary Power.