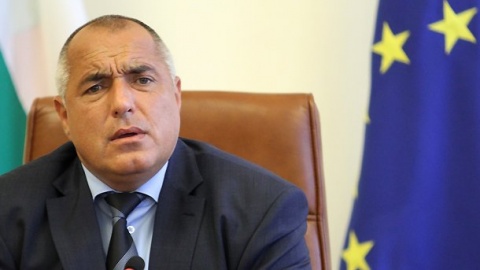 Bulgarian Prime Minister Boyko Borisov says one must differentiate between Russian energy policies and the Russian people, because the latter are friends. Photo by BGNES

The PM said he hoped that Putin was not aware that the Russian State company Atomstroyexport has increased to EUR 1 B its claim against Bulgaria's National Electric Company, NEK, over the country abandoning the project to build a second Nuclear Power Plant, NPP, in the Danube town of Belene, otherwise his trip to Bulgaria would turn quite unfriendly.

The news the Russian President is to visit Bulgaria on November 9 to discuss details regarding the construction of the South Stream gas pipeline has been confirmed already by Bulgarian counterpart, Rosen Plevneliev.

Borisov condemned earlier Russia's increased claim against the country over the cancelation of the Belene NPP project, calling it a "treacherous attack." He now retracted the statement, labeling the claim a "mistake" and making a difference between the Russian company and the Russian people, who were friends.

"Russia and Bulgaria have been friends for centuries and will remain friends. This is our history – they helped us when we needed them. We have always followed all contracts with them, including South Stream, but they made a mistake and we will declare the Belene contract invalid. We stated in writing that we will pay the remaining amount we owe for Unit 7 and we will take it," said he, adding all clauses in the South Stream agreement have been ironed out and there is nothing to discuss on November 9, just sign the final contract.

The Bulgarian daily Standard writes that the PM has asked Justice Minister, Diana Kovacheva, to call the Prosecutor's Office and find out how the probe in the NPP project is progressing.

Borisov further reiterated that the previous Cabinet of the Three-Way Coalition has signed the contract without a public tender and people from it "have most likely profiteered."