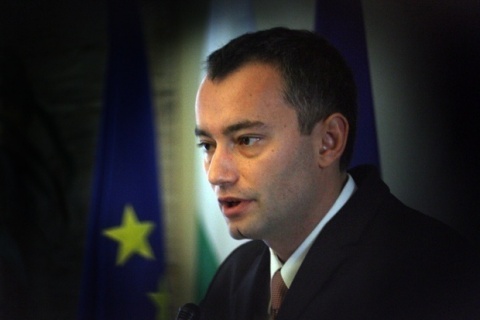 Bulgaria's Foreign Minister, Nikolay Mladenov, criticized the statement issued by ex Tsar and PM Simeon Saxe-Coburg, defending the project for the construction of the Belene NPP. Photo by BGNES

The comparison between the construction of a Nuclear Power Plant and Bulgaria's NATO and EU accession is cynical, according to Foreign Minister, Nikolay Mladenov.

Mladenov spoke Thursday in an interview for TV7, commenting on the statement issued by Simeon Saxe-Coburg, Bulgaria's former Tsar (in 1943-1946) and former Prime Minister (in 2001-2005) defending the project for the construction of the 2000 MW Nuclear Power Plant, NPP, in the Danube town of Belene, which was terminated in March 2012 by the Borisov Cabinet.

In it, Simeon has written that in 20 year the country will regret missing on the chance to build the NPP.

"In the holding of a referendum we should assess the Belene NPP seriously and responsibly, as a unifying and motivating goal such as [Bulgaria's accession] to NATO and the EU," the statement reads.

On Russian state company Atomstroyexport increasing to EUR 1 B its claim against Bulgaria's National Electric Company, NEK, over the country abandoning the Belene project, Mladenov commented that he "would not advise any country or company acting in a derogatory or mentoring manner towards Bulgaria."

Bulgarian Prime Minister Boyko Borisov condemned Russia's increased claim against his country over the cancelation of the Belene NPP project, calling it a "treacherous attack."

Meanwhile, the news that Russian President Vladimir Putin is to visit Bulgaria on November 9 to discuss details regarding the construction of the South Stream gas pipeline has been confirmed by Bulgarian counterpart, Rosen Plevneliev.