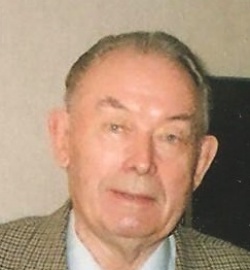 Vladimir Mednis, KGB Lieutenant Colonel and KGB resident in Canada from 1971 to 1973. Photo by Bivol

The former resident of the Soviet KGB in Ottawa, Vladimir Mednis, has confirmed that Georgi Markov, a Bulgarian emigrant broadcaster and dissident writer, has been murdered on the order of Communist dictator, Todor Zhivkov.

The exclusive report was published Friday by the site for investigative journalism Bivol.bg on the day which marks the 34th anniversary since the gruesome act.

High-ranking KGB officers, Oleg Kalugin and Oleg Gordievski confirmed after the fall of the Berlin Wall that the murder was assisted by KGB, but until today no one has been charged in the case.

In an interview for Darik radio in 2008, Kalugin said the following:

"Georgi Markov was murdered on the order of Todor Zhivkov, the leader of the Bulgarian Communist Party at the time. He asked his Soviet friends to help him by providing technical help, i.e. the Bulgarian services executed the crime, while the Soviet ones provided the means to do it. In this case, they provided the poison."

On September 7, 1978, Georgi Markov, had been walking on foot to a bus stop to go to work at BBC. Once he reached the Waterloo Bridge over the Times River, he felt a sudden pain, similar to an insect bite, at the back of his left leg. He looked back and saw a man, picking an umbrella from the ground, crossing the street in a hurry, and catching a cab.

When he arrived at his office in BBC, Markov noticed a small red bump right where he felt the stinking earlier. He told one of his colleagues about the incident. The same evening, he was admitted in the hospital with high fever and died on September 11.

The case became known world-wide as "The Bulgarian Umbrella." Markov was actually murdered with a ricin-coated pellet, fired from an adapted pen; the umbrella was dropped nearby to distract him.

There are reports that the day – September 7, was picked on purpose because this is also Zhivkov's birthday and the murder was supposed to serve as some sort of a gift to Zhivkov.

Now, the investigative journalists from Radio Svoboda (Freedom), Anastasia Kirilenko, and from Bivol, Atanas Tchobanov, have managed to find another living witness in what is considered to be one of the most notorious crimes in recent history.

Speaking for them, Mednis, who in 1978 worked as a subordinate of Kalugin in Moscow, has stated that Kalugin had a direct involvement in the "Bulgarian Umbrella" case.

"They were then meeting with Andropov and have debated how to do it. Seemingly Andropov (I don't know this first hand since I was not present) had begun to wiggle saying how the Soviet services should not get involved in this case directly, but rather help construct the respective device," says Mednis.

The former intelligence officer offers another curious and brand new detail in remembering a work-related disagreement with Kalugin, with the General threatening him with physical elimination and showing him a death certificate with his name and stamp on it, but without a date and a cause of death.

"On the same day when Kalugin showed me the death certificate, he and Andropov organized a test of the poison they wanted to use on Markov. They injected it on a dog. But the dog did not die for a long time and they were all stunned that the poison was not working," Mednis continues.

Bivol further writes that according to Lyuben Markov, a cousin of Georgi Markov, who follows every single detail the murder case, this is the first time ever when a second witness in the masterminding of the attack has emerged, while the detail about testing the poison on a dog has not been known to the investigation until now.

In the same 2008 interview for Darik radio, Oleg Kalugin informed that he had been interrogated by the British services while on a visit to Great Britain on the invitation of BBC. Vladimir Mednis has never until now been questioned by the British or the Bulgarian investigators.

"Officially, the Bulgarian authorities have never raised the issue before their Russian counterparts; they never asked for an investigation in the case. Without it, any research is impossible. Our NGO has always insisted that KGB agents and collaborators are all hard-core criminals," Nikita Petrov, from the Russian NGO Memorial, which sturdies the special services, tells Bivol.

Lyuben Markov believes that the case is running cold and is at a dead-end over the long time it has taken and that the perpetrators will remain unpunished.

"This is a political decision. The Bulgarian Parliament must issue an official declaration with which Bulgaria would admit the responsibility of the Communist regime for the murder of Georgi Markov," Lyuben Markov says.

Bivol notes that such declaration has never been proposed or debated in the Parliament.

Vladimir Avgustovich Mednis was born in 1931. He is a KGB Lieutenant Colonel and KGB resident in Canada from 1971 to 1973. His foreign career came to a halt after he reported information from one of his sources that there was a mole from the CIA in Andropov's closes circle, a senior official with huge influence at the KGB. In 1973, Mednis was recalled from Canada and appointed Deputy Director of the "Red Flag" KGB Institute of the Soviet Union.

More on Georgi Markov and his murder read HERE.