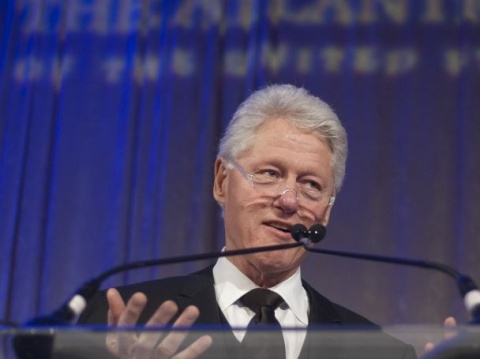 Former US President Bill Clinton delivered an emotional speech at the Democratic convention in an attempt to boost incumbent President, Barack Obama's appeal. Photo by BGNES

Former US President Bill Clinton has delivered Wednesday a passionate speech in support of incumbent President Barack Obama, nominating him for a second term in office.

Bill Clinton's speech is being seen as culmination of a restored relationship between the two presidents, which had past disagreements, especially when wife Hillary Clinton attempted to win the Democratic nomination against Obama in 2008.

Wednesday evening, Clinton put all effort to boost Obama's appeal with white working-class voters, BBC writes, since polls show these traditional Democratic voters are wary of Obama, while Clinton has a strong record in winning their support.

"If you want a 'you're on your own, winner take all society' you should support the Republican ticket," he said. "If you want a country of shared opportunities and shared responsibilities - a 'we're all in it together' society - you should vote for Barack Obama and Joe Biden," said the former President.

He compared Obama's experience to his own first term in office, when "our policies were working and the economy was growing but most people didn't feel it yet".

"No president - not me or any of my predecessors - could have repaired all the [2008] damage in just four years," he said. "But conditions are improving and if you'll renew the president's contract you will feel it."

Obama will formally accept the nomination Thursday evening, when he and his Vice President Joe Biden will deliver what many see as the most important speeches in their lives.

He will take on Republican Mitt Romney in November's election.

A recent opinion poll shows Obama with a narrow lead over Romney.

However, an ABC News/Washington Post poll released as the convention got under way in Charlotte, North Carolina, showed Obama with the lowest pre-convention favorability for an incumbent president since the 1980s.