Part 3: Stein Willing to Appear before CRIM on Bulgarian PM 'Shady' Past 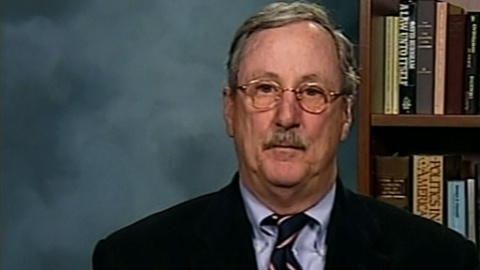 Jeff Stein is a top expert in US intelligence, military, and foreign policy issues. Photo by worldfocus.com

The site for investigative journalism Bivol.bg, official partner of WikiLeaks for Bulgaria, has released the third part of their exclusive interview with US journalist and top intelligence expert, Jeff Stein.

In 2007, Stein published in Congressional Quarterly a harsh article about the shady past of Bulgarian Prime Minister, Boyko Borisov. At the time, Borisov firmly denied the strong accusations in the report, while a number of Bulgarian politicians and media defended him or hushed the news.

More on Stein and the first and second part of the interview read HERE, HERE and HERE.

Novinite.com publishes with Bivol's permission the second part of the interview, which can also be found HERE.

Bivol: But you know for Bulgarian public and the civil society it is quite embarrassing to know that we have a Prime Minister who is suspected of having a criminal past. The European Parliament has established a special Committee for the Fight against Organized Crime (CRIM), which is informed about this case and there is a filed request to proceed to a public hearing to clarify the situation. Would you be willing to testify before this Committee about the information you have on Borisov from 2007 when you published your article?

JS: Yes, I can't go much beyond what I've told you, you know, so I'm not sure I have any special information to provide as I'm not going to reveal my sources. I've already revealed them to a certain degree and this study was commissioned by a Swiss financial institution that was investigating business conditions in Bulgaria. That was the motivation for the study. And they hired a private investigation firm composed of former US intelligence officials to carry out the study. And they did carry out the study and the study was given to the bank and was given to me. So there's nothing more that I can tell them.

Bivol: But well, in case we have a public hearing at least it's good to say it's not a Communist plot against Borisov.

JS: I do not mean to disrespect Bulgaria, but I have no prior interest in Bulgaria, because my coverage area is the US, the security agencies and the CIA in particular. That's what I write about. I do not often write about what's going on in the security services of other countries unless it impacts the United States. And in this case, you know, what Borisov is doing did not really impact directly on what's going on in the United States. And I have to say that when this report was given to me I did not do anything about it for about six months because I had other things to write about and I had a hard time justify spending a lot of time to corroborate the information in this report. Actually you can see, you know, I did a lot of leg work, I didn't just report what was in this report; I talked to other people, you know, as a journalist and this takes a lot of time and I had to be very careful in writing my report and that takes time and it was very hard to justify spending that much time on something to do with internal Bulgarian politics. Because I do not write a column about the Balkans or Central or South-Eastern Europe; that's not what I do, if I wrote a foreign affairs column I can justify but I write a column called Spy Talk so this was way outside my area of interest and only because I suddenly had some time on my hands that I could report this out. There was very little interest in the US and among my readers, but I would say there was a lot of traffic from Bulgaria, a lot of people clicking on the article from Bulgaria.

Bivol: Yes, because it's a small country and such an article generates a lot of interest.

JS: I think that everyone who had a computer in Bulgaria read this piece.

Bivol: This visit of General Petraeus in Bulgaria is interesting, the political analysts are writing hypothesis about something to come; the preparation of a US military operation probably using Bulgaria as a place for facilities because there are American NATO bases there, so in such case Bulgaria will become again an interesting topic for security, US, internal security.

JS: Definitely Bulgaria is strategically important to the US for a number of reasons - because of the needs of the Alliance, because of our deepening conflict with Iran, because of the problems in Greece. Just, I don't know, does general Petraeus have family roots in Bulgaria?

JS: Well, the whole region is critically important for the US and the West in general.

Bivol: Probably, he enjoyed good food and rest under the protection of the Prime Minister who said that he was his private guest. This is a question probably to be commissioned to United States' Congress, which paid for this visit and was it really official...

JS: I'm sure it was official. I mean, I can't see Petraeus, the Director of the CIA, just taking a holiday in Bulgaria. That does not make any sense.

Bivol: Yes, this is the official statement of the US embassy - that the visit was official so it makes even more interesting why such a long visit of three days and two nights?

Bivol: Yes, sure. Back to this Committee in the European Parliament - do you think it's possible for the Commission to send an official request to the CIA to give this information they have got on Borisov's shady past or would it be impossible to obtain, to declassify such documents?

JS: The CIA is not going to supply documents. I mean, the most sensitive thing CIA has is information about its relationships with its foreign officials. It's not going to come; it's not going to happen, anything that has something to do with a request like that.

Bivol: The same question about these 200 pages – the report for the Swiss bank, do you think it's possible to obtain an official copy?

JS: It's possible. I have to think about it.

Bivol: Аnd to give it to the Committee?

Bivol: Well, this is a very interesting piece. If the Crime Committee could access some documents, not only the unofficial cables, which are not declassified, and which are considered classified information by the US. OK. I think we can finish here, thank you very much for this long, long interview. Do you agree for us put some information about you from your Wikipedia page or do you want to say something more current about your actual work?

JS: I think it's a little bit out of date, because I'm now just contributing part time to the Washington Post and also to Foreign Policy magazine. So I'm not writing the daily column at the Post any more, that's the only update I'll give you, but the rest of the information is complete I think.

Bivol: You are welcome in Bulgaria too, we will be very glad to have you as a guest. I can promise you churches, monasteries, restaurants and coffees just like general Petraeus.

JS: I was advised it would be very dangerous for me to go to Bulgaria.

Bivol: Really? Do you think so? Because you got an invitation from Mr. Borisov personally, you got a personal invitation at that time.

JS: I'm not sure how sincere the invitation was. It might be like a cockroach motel, you know, you can check-in but you can't check-out. I was told: don't go to Bulgaria, because they may harm you in Bulgaria.

JS: Just to be clear, it wasn't someone from Borisov's circle warning me; it was people who know Bulgaria, and who said, you can be kidnapped or killed in Bulgaria because of what you wrote.

Bivol: Well, you are just such a high-profile journalist that it would be like shooting in the leg for Borisov or someone who feels threatened by your writings. I don't think that's so easy.

JS: OK, you provide the bodyguards and I'll come.