The Berbatov Saga - Who Disappointed Whom? 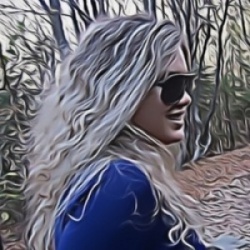 Bulgarian striker Dimitar Berbatov has been disappointed by many things: Fulham's sale of his potential teammate Dembele; the way Manchester United Manager Sir Alex Ferguson treated him; he snubbed Bulgaria coach Lyuboslav Penev's call to come back by reminding the disappointments that made him quit the national team two years ago.

But why has't Berbatov said anything about the disappointments he's brought to Bulgarians who always supported him regardless of his mistakes?

It's one thing to play unfairly with Fiorentina – whose management waited for him at the Florence airport for a contract deal but he never showed up...

It's another thing to reject the offer of one of the most prestigious teams in history Juventus because of "personal motives", thus becoming the "most hated man in Italy".

It's a whole other story to kill the expectations of an entire nation that believed you'll pick the right European club, and will also put on Bulgarian national team's shirt once again.

Berbatov was supposed to make the right choice for everyone, not for himself.

Because when your name has become your nation's business card, the right thing to do is to put it before yourself. Isn't it?