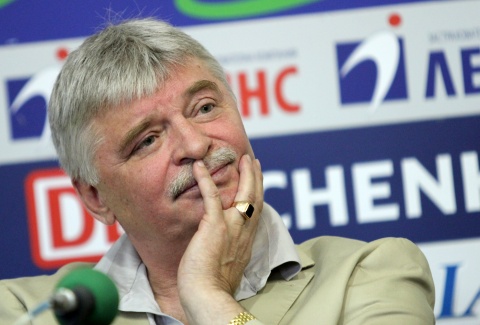 Manchester United's former Bulgarian striker Dimitar Berbatov did receive a last minute offer from Tottenham Hotspur before his transfer to Fulham, his agent Emil Danchev admitted at a joint news conference with Berba in Sofia.

"We were in touch with Tottenham at the last moment," Danchev told reporters in the Bulgarian capital, adding that he had several meetings with Tottenham President Daniel Levy.

At the end of last week, Berbatov and his agent were slammed by Italian clubs Fiorentina and Juventus for allegedly promising each of them a transfer, and refusing it at the last moment. The scandal even led the Italian press to describe Berbatov as "the most hated man in Italy".

"I cannot make promises on behalf of my client whoever they might be because my work principle is to create opportunities and options. The choice belongs to the person who makes the decision. We discussed all three options. Nobody promised anybody anything," Danchev added.

He revealed that he got in contact with Juventus about five months ago, and that Berbatov was the third on Juventus choices, with the club from Turin coming around only after they failed to get either of their top 2 choices.

"This is not a precedent, and we shouldn't been making sensational stories out of that," the agent stressed.

"Fiorentina had a desire to get Dimitar to sign with them. We went as far as negotiating all conditions. But other than that, I've also spoken with three Turkish clubs, three Italian clubs, three English clubs, and three German clubs," Danchev revealed.