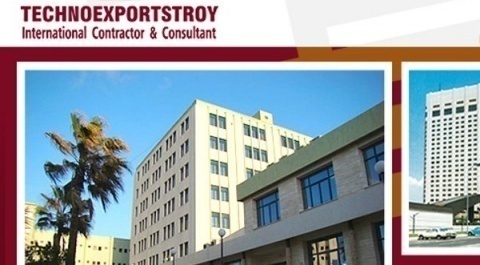 Only one company has submitted a binding offer to acquire 103 970 shares or 100% of the State-owned construction company Technoexportstroy.

The sole bidder is AT Engineering 2000.

The information, reported in mid-August, upon the expiration of the public tender deadline, has now been confirmed by Rusi Stankov from the Supervisory Board of the Agency for Privatization and Post-Privatization control.

The managers of the company are Iliyan Terziev and Georgi Penev. AT Engineering 2000 deals with construction and repair of industrial, administrative, and residential buildings.

The last large public order won by the company is the construction of compost installation for the Sofia Waste Plant.

At the beginning of July, Bulgaria's Finance Ministry took over the control of state-owned construction company Technoexportstroy as a third attempt to sell it gets underway.

"The transfer of the company from the regional development to the finance ministry will enhance its performance on the traditional and new markets abroad, which will improve its financial results," the government said in a statement.

The previous two auctions failed to draw any bidders, prompting speculations that the wait-and-see game aims to push the sale price further down.

Emil Kotsev, Technoexportstroy executive director, is believed to stand behind one of the bidders.

Following the two auction failures, the Bulgarian State now put up for sale Technoexportstroy in a third privatization bid without setting a minimum price, hoping to lure buyers.

The privatization agency however has said that there is a fair value at which the company has been tagged and below which bids will not be accepted.

Three companies purchased documents for the participation in the first auction, but none of them delivered bids.

The companies, which were hoped to turn into prospective investors, were Greek builder Ellaktor SA, registered in Athens, the Bulgarian firms Advance Properties OOD and AT Engineering 2000, both registered in Sofia.

The auction price was supposed to start at BGN 68 M, which according to experts from the construction sector, hit hard by the crisis, was far above the market price. Later the price was cut to BGN 60 M.

Analysts have also attributed the lack of interest to the fact that the company has experience mainly in Arab countries, where doing business now is a difficult and hazardous task, given the political turmoil.

The sale body expected the sale to be one of the major deals during the term of the center-right cabinet of Boyko Borisov, second only to privatization of cigarette maker Bulgartabac, which was sealed in the autumn last year.

Technoexportstroy EAD is a state-run design, engineering and construction company. It was established in 1964 and is registered as first class international contractor and consultant in more than 20 countries in Europe, the Middle East, Africa, as well as with international financial and investment institutions such as the World Bank and the Arab Fund.