German Charged with Murder of Fellow Citizen in Bulgaria 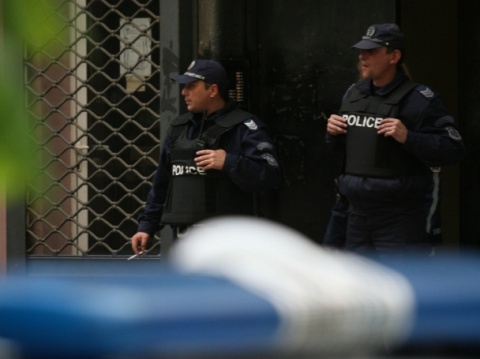 A German man was arrested and charged with the murder of a fellow countryman in Bulgaria's beach city of Burgas. File photo

The male German citizen, who was arrested by the Bulgarian police as suspect in the brutal murder of a 48-year-old German in the Black Sea city of Burgas, has been charged with premeditated murder.

The new was reported Thursday by the Burgas police. The main lead in the cause of the crime is jealousy.

The corpse of the German man was found at 3 am on Wednesday on a beach alley in Burgas stabbed to death several times in the head and the body.

During the course of the day Wednesday, the police arrested the said suspect, R.G., 34, and S.M., 45, a female German citizen, in connection with the murder of German national H.Sht., 48.

According to information of the Bulgarian Interior Ministry, the three Germans knew one another from a rehab clinic in Germany where they have undergone alcoholism treatment together.

R.G. and S.M. arrived in Burgas as a couple. The three rented an apartment for 6 months. As tensions between the suspect and the victim grew, the latter purchased a knife for self-defense, but R.G. secretly took it away.

During the fatal night the three did some bar hoping in Burgas and continued drinking on the city beach. The woman left and went back to the apartment. The suspect then attacked the victim, stabbing him randomly and numerous times. After that he left running in the direction of the apartment, but went back to take H. Sht.'s credit card and 2 wallets.

He withdrew BGN 700 from the card, left the money in the wallets untouched and later disposed them in a trash can.

The police and the prosecutor's office in Burgas believe they have very sound evidence to build a case against R.G., who is being held behind bars for 72 hours, pending a Court appearance.