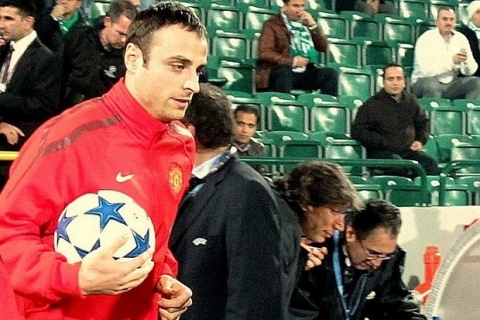 Manchester United's Dimitar Berbatov is set to join Fulham over his and his family's desire to remain in the UK. Photo by Sofia Photo Agency

After a turbulent day Wednesday, the striker is, reportedly, either on the brink of signing a contract with the UK Fulham, or has already signed it.

Berbatov, 31, was widely believed to be set to become a player for Fiorentina, Florence, but never even reached the city for negotiations. In the aftermath, the Florence football blasted the Bulgarian, saying he did not deserve their jersey, and accused the Turin-based Juventus of trying to steal the player under their nose.

Juventus Director General Giuseppe Marotta rejected the accusations, saying his team made the offer only after learning that Berbatov has decided to not join Fiorentina. Marotta was the one to reveal the interest from the London club, giving family reasons as grounds for Berbatov's decision in favor of Fulham.