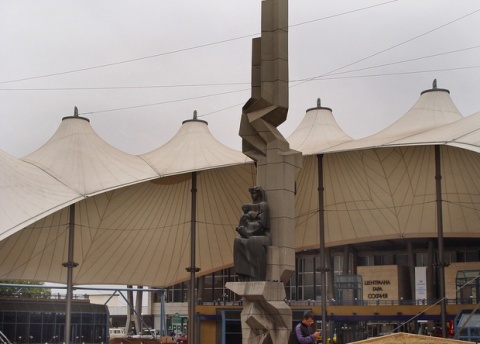 The public tender for the overdue renovations of the Central Railroad Station in the Bulgarian capital Sofia has been launched Tuesday.

The new was reported Thursday by the National Company Railroad Infrastructure.

Documents can be purchased every workday until September 17 while the deadline for the bids is October 12.

The rehabilitation is being co-financed by the EU Transport Operational Program.

The deadline to complete all repair and renovation works is 26 months after the winning bid is announced.

The repairs will focus on the main building and adjacent terrains. After their conclusion, the Sofia railroad station will turn into a modern and energy efficient hub with new window and door frames, new fire rescue system, new electric installation, improved communications, offering much more services, comfortable waiting areas, and handicap access to all levels.

The very first building of the Sofia Railroad Station dates from 1988 and at the time it was the largest such facility on the Balkans. The current one was designed in 1964-1971 and built in 1972-1974.

In the next 36 years the facility functioned without any repairs while crowds of passengers passed through it every day, leading to its crumbling and unpleasant atmosphere and look.