Bulgaria Made EUR 6 M from Beach Concessions in 2011 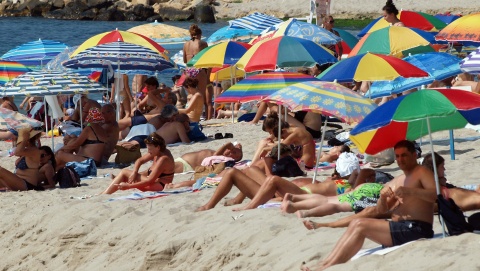 The Bulgarian state got EUR 6 M from 60 sea beach concessions in 2011. Photo by BGNES

The figure emerged from the government's annual report on beach concessions adopted by the Borisov Cabinet Wednesday.

Thus, in 2011, the Bulgarian state made BGN 11.7 M from a total of 60 concessions of Black Sea beaches, including interest and penalty payments.

This is an increase by BGN 2 M compared with the beach concession income in 2010 (BGN 9.5 M) from 67 concession contracts.

Under the Bulgarian legislation, half of the beach concession revenues of the Bulgarian state go to the budgets of 11 Black Sea municipalities.