Terror Victims Memorial to Be Built at Burgas Airport 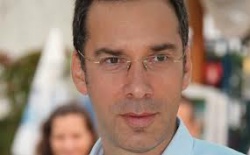 A memorial in honor of the victims of the Burgas bus bombing victims will be placed at the Bulgarian Black Sea city's airport, it has been announced.

The memorial will be located near the place where an alleged suicide bomber killed five Israeli tourists and a Bulgarian bus driver on July 18.

It will be ready by the end of 2012, Burgas Mayor Dimitar Nikolov has told the Bulgarian Telegraph Agency.

On Wednesday, Nikolov met with the relatives of the Isreali victims. They had travelled to the Bulgarian city to lay wreaths at the site of the tragedy.

The relatives have told the Mayor that they would return to Burgas each year from now on to pay tribute for the victims.