Macedonian Hopes to Make It to Premiership with Bulgarian Passport 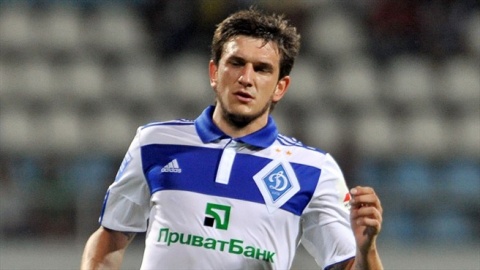 Goran Popov might still make it to the English Premiership thanks to his Bulgarian passport. Photo from sportarena.mk

Goran Popov, a Macedonian football player, hopes to get a permit to work in the UK thanks to his Bulgarian passport, in what has been described by Macedonian media as a "scandal".

Popov's on-off move to Stoke City could be back on again because he has a Bulgarian passport, the Staffordshire web portal has reported, adding that as Bulgaria is a member of the EU, the document allows Popov to enter England and reside there but not work.

For that, he needs permission from the UK Border Agency and the club is now awaiting an answer for his request. That leaves Popov's proposed season-long loan move from Dynamo Kiev in limbo, the report says.

But his hopes appear to have grown since last week when the 27-year-old left-back feared his dream move to the Premier League was heading for complete collapse.

Some Macedonian media have used the word "scandal" to described the case, as, apparently, it was not publicly known that Popov holds Bulgarian citizenship.

A rising number of Slavic Macedonians – deemed in Sofia to be ethnic Bulgarians, at least "historically', are applying for and receiving Bulgarian citizenship – based on their claiming of ethnic Bulgarian origin – a development that infuriates the official authorities in the Macedonian capital Skopje, as it erodes the Macedonian national identity that has been developed to be distinct from the Bulgarian identity during the communist period.

The Staffordshire news portal explains that the Macedonian international believed any application for a work permit would fail because his country has recently dropped in FIFA's world rankings to 102.

One of the FA's criteria for accepting players who require a visa to enter England is that their own country are ranked at 70 or better.

But the existence of a Bulgarian passport could help Popov by-pass those criteria if the UK Border Agency back his request to work, the Staffordshire news site reports.

Popov, who played against Stoke in the Europa League last season, has already trained with his prospective new club after arriving here 10 days ago determined to win his first crack at Premier League football.