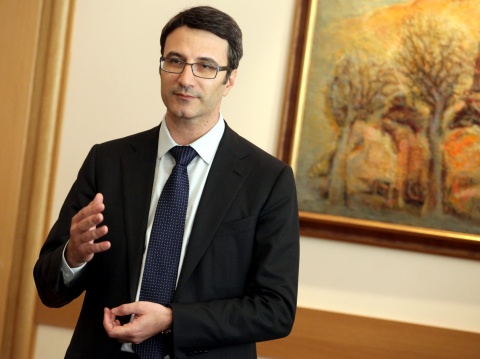 The Bulgarian government should determine why the country's anti-monopoly agency reversed its pronouncement that there is a fuel cartel in Bulgaria, stated former Minister of Economy and Energy Traicho Traikov.

"If the deadline is not over, cabinet should ask the Supreme Administrative Court why the Commission on Protection of Competition chandet its decision," said Traikov Sunday for the Bulgarian National Radio.

In March, the Commission came out with a decision finding that Lukoil Bulgaria, Rompetrol Bulgaria, Naftex Petrol and OMV Bulgaria have illicitly coordinated wholesale prices of fuels.

However, in July the anti-cartel body came out with a second decision, saying there are no regulatory breaches in Bulgaria's fuel market.

"Prices then, as well as now, are higher than they should be," said Traikov, who had repeatedly questioned the price formation of fuels in Bulgaria.

Some believe that it was that, together with a stance against the projected Belene NPP, led Bulgarian PM Boyko Borisov to fire Traikov from cabinet in March.

According to Traikov, the Bulgarian state can also pressure the fuel market by allowing sellers to stock fuels in neighboring Romania and Greece, since the ownership of fuel depots in Bulgaria is heavily concentrated.

The former Minister of Energy also added that the state could also use its own fuel reserves to influence the market.