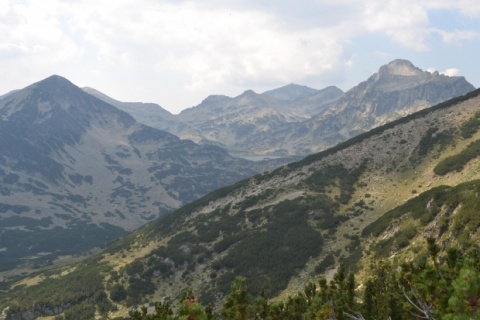 A tourist nearly lost his life after slipping down a slope of Mount Malka Kamenitsa in the Pirin Mountain. Photo by BGNES

An injured tourist who fell into a 30-meter abyss while hiking near the mountain resort of Bansko has been found and rescued with a Cougar helicopter of the Bulgarian Air Force.

The 66-year-old man went missing near Mount Malka Kamenitsa in the Pirin Mountain, close to Bansko.

He was hiking with three friends when he slipped and fell down a slope. He was discovered with severe injuries on the head and all the body.

The Bulgarian mountain rescue service received assistance from the Krumovo Air Base of the Bulgarian Air Force, the Defense Ministry announced Wednesday night.