Lady Gaga: I Know Nothing about Bulgaria 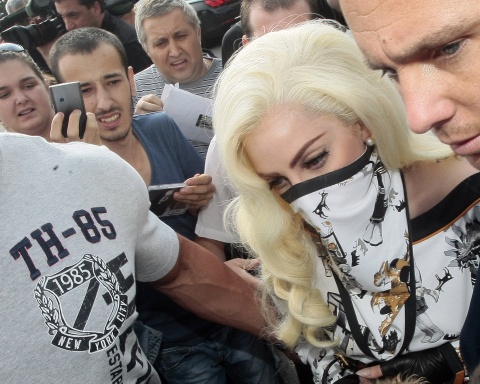 Lady Gaga appears at Sofia Airport amidst a throng of fans and journalists. Photo by BGNES

"I know nothing about Bulgaria, but I hope to learn about the country after meeting the concert audence and my fans," stated Gaga as reported by BGNES.

The Italian-American pop singer appeared Saturday afternoon at the Sofia Airport VIP zone, to be greeted by scores of fans singing her hit "Born This Way."

Her private flight was two hours late, which further electrified the atmosphere among those waiting to see the performer.

Lady Gaga added to the confusion after starting to switch cars, but finally disappeared with the BMW commissioned by the Bulgarian concert promoter.