Bulgaria Is Receiving Queries about Winter Tourism from Israel – Minister 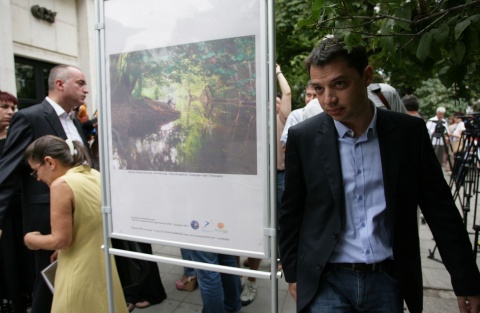 Delyan Dobrev, Minister of Energy, Economy and Tourism has said that there have been no cancelled charter flights from Israel to Bulgaria and the country has been receiving numerous queries about the winter season.

"This week we published an advertisement of Bulgaria in 4 print media outlets in Israel to prevent a decline of the number of tourists on this market," Dobrev announced Friday, informing about the government's efforts to dispel fears after the July 18 bus bombing in the Black Sea city of Burgas, which killed seven, including five Israeli tourists.

"The number of Bulgarian tourists matches forecasts. We hope that everything we do helps Bulgaria turn into a year-round tourist destination," he emphasized.

Commenting on the scandal with the huge amount of money spent on Bulgaria's official tourism portal, bulgariatravel.org, Deputy Minister Deputy Minister of Tourism, Ivo Marinov said that an official inspection of documents had been carried out, with no violations detected.

Marinov noted that the website was available in 8 languages and the information on it was constantly being updated.

Dobrev and his deputy opened Friday a photo exhibition in front of the Sofia City Gallery.

The photos will be on display in the next 2 weeks.