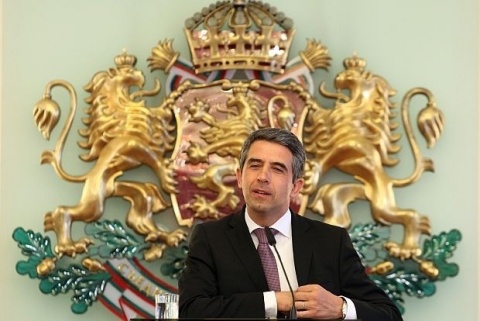 Bulgarian President, Rosen Plevneliev, says the freeze of price of 10 basic food staples would not have any long-term and positive effect. Photo by BGNES

Bulgarian President, Rosen Plevneliev, has strongly criticized the cabinet for negotiating the freeze of prices of ten basic food staples.

"Prices cannot be reduced by agreements with several store chains. They can go down by creating a competitive environment with fair competition between suppliers and manufacturers. This is the only way for the market to reach a reasonable and bearable price," the President said during his trip to the second largest city of Plovdiv Wednesday.

This move would not have any long-term and positive effect, according to him. He reminded that such experiments in the past have all been doomed to failure.

As a result, three retail chains, the Bulgarian branches of Metro Cash & Carry, Kaufland, and Billa, committed to a price freeze of 10 basic food products for three months.

On Tuesday, both the right-wing and the left-wing opposition slammed the government's move.

The left-wing Bulgarian Socialist Party, BSP, forecasted a huge price hike after the three-month moratorium, slamming it as being an insanity that would kill small business, while those from the right-wing Union of Democratic Forces, UDF, and Democrats for Strong Bulgaria, DSB, demanded a reshuffle of the cabinet's economic team and threatened to alert the European Commission for what they say is the creation of unfair competition in the country.

"Prices of food items are going up globally and Bulgaria cannot avoid this trend. This increase is here to stay and Bulgaria should profit from this. Two billion people will be born on our planet in the next 20 years and they will need food. This means a huge industry with a great future. Instead of exporting raw food, Bulgaria should find investments to build factories to process it," the President stressed Wednesday.

He added that Bulgaria produces 10 times less meat than 20 years ago, and imports 10 times more cucumbers and tomatoes than their export.

"We should and can reverse these trends. Only then Bulgaria will have a real price formation, based not on store chains, but on production," Plevneliev concluded.