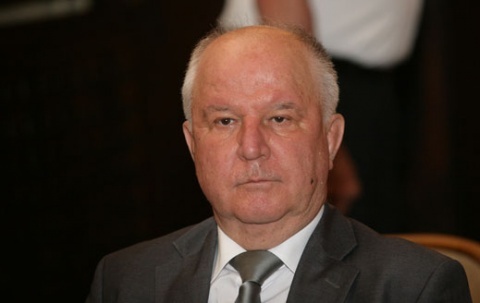 Acad. Stefan Dodunekov, director of the Academy's Institute for Mathematics and Informatics, was appointed BAS head at the beginning of June. Photo by BGNES

Acad. Stefan Dodunekov, the recently elected director of Bulgaria's Academy of Sciences (BAS), has passed away after a short illness. He was 67.

Dondunekov, who served previously as director of its Institute of Mathematics and Informatics, was elected BAS director at the beginning of June.

Three candidates presented their programs, but he turned out to be preferred over Corr. Member Prof. DBs Andon Kosev and Academician Prof. D.Phil Alexander Petrov, head of the Institute of Solid State Physics.

The candidates for the post signed declarations in accordance stating that they were not employees of the former Communist State Security and the intelligence services of the Bulgarian army.

The Bulgarian Academy of Sciences has struggled to cope with severe underfunding over the past years and Dondunekov faced an uphill struggle to find solutions to its acute problems.