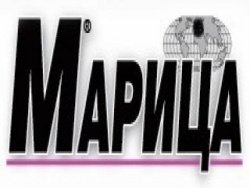 Important Bulgarian regional daily newspapers Maritsa and Struma have been bought by the GM Press media company that has been of late acquiring other important news outlets.

Maritsa is the only regional newspaper issued in second-largest Bulgarian city Plovdiv, and has two sister papers Maritsa Pazardzhik and Maritsa Haskovo, as well as the website Maritsa.bg.

Struma is issued in the city of Blagoevgrad and is widely distributed in the Bulgarian south-west.

Both newspapers were partly owned by Stepan Eramyan, who founded Maritsa some 20 years ago.

GM Press bought 34% of key national daily Standart in 2011, after which acquired shares in the Blitz information agency, as well as a number of less respected, but widely circulated newspapers.

The website Mediapool.bg, which reported the transfer of ownership of Martsa and Struma, has commented that GM Press group is "close to Bulgarian ruling party GERB."

There is no information about the price of the deal.