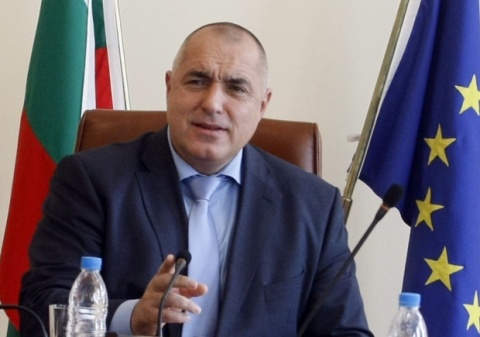 Bulgarian PM Boyko Borisov claims he is in favor of a referendum on the Belene NPP project that he terminated. Photo by BGNES

Bulgaria's Prime Minister Boyko Borisov, his Cabinet, and the ruling party GERB support the holding of a referendum on the construction of the currently abandoned Belene nuclear power plant.

This has emerged after Wednesday's sitting of the Bulgarian Cabinet, after on Friday Sergey Stanishev, the leader of the opposition Bulgarian Socialist Party, tabled to the Bulgarian Parliament a referendum petition supported by 770 000 signatures.

Under Bulgarian legislation, the Parliament and Cabinet are obliged to schedule a referendum under any petition that is supported by at least 500 000 signatures, which technically makes irrelevant the support that Borisov and the GERB party declared on Wednesday for the referendum.

"Stanishev says that he will have to protect the referendum from GERB. To the contrary, I am asking any of you to tell the people that we and the government are in favor of a referendum," Borisov told the government ministers on Wednesday.

"However, a referendum will cost BGN 30-40 M, it's like holding elections. We will be holding general elections in June next year anyway, so I don't know where I can get this kind of money from. We might have to revise the budget. So we are in favor, but I will insist that this referendum in favor or against the Belene NPP should include conditions. If you vote in favor, this will mean that every Bulgarian will have to pay the price of a Mercedes to the NPP, the cost of electricity will go up, it won't be cheap because somebody will have to pay for those credits. Stanishev knows that very well. He is just acting really surreptitiously towards the Bulgarians at the moment," Borisov explained.

He thus reiterated the arguments that his Cabinet used in order to abandon the Belene NPP project in March 2012 – claiming that the project is economically unfeasible for Bulgaria because of its huge cost.

Last Friday, Sergey Stanishev said the Bulgarian Socialist Party hopes that the referendum on the fate of the abandoned Bulgarian-Russian Belene Nuclear Power Plant project will be held by the end of 2012.

After years of indecision, Bulgaria's government officially gave up on Belene at the end of March. The project was supposed to be built by Atomstroyexport, a subsidiary of Russia's state-owned Rosatom.