Ireland? Estonia? What about Bulgaria? 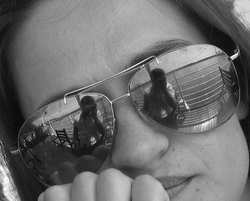 German Chancellor Angela Merkel has famously singled out Bulgaria as a star pupil. But is Bulgaria really an austerity success story?

Not really. Because instead of economic recovery, such as the one witnessed in the other budget champ Estonia, the economy here is hovering on the brink of recession and living standards are a far cry from the jump people have been promised prior to the country's accession to the European Union in 2007.

Do you remember the time when analysts said that - although surprising given the lack of contacts in the past - the Bulgarian economy shares many of the characteristics of the Irish economy that led to rapid growth?

Ireland won because it successfully combined the most desirable elements of the new (high GDP per head, low unemployment, political liberties) with the preservation of certain cozy elements of the old, such as stable family and community life.

EU accession boosted Ireland's economy and it looked like the EU newcomers would go the same way.

But things did not turn out exactly that way.

After the crisis set in, the Baltic model became a highlight in the debate about Europe's survival, while Bulgarian analysts singled out Estonia as a star pupil. Leaving aside Paul Krugman anti-austerity jab that irked Estonian President Toomas Ilves, the Baltic nation's economic recovery is undeniably an austerity success story.

True, Estonia is blessed with being located near Finland, but it also implemented needed reforms with determination. This made the country a model to follow even after the crisis bit.

Bulgaria however can hardly follow this model as it has been caught up in an endless transition period. Besides, after a brief boom period, the crisis set in and dimmed any hopes for convergence.

At the end 90s the country was coming out of a financial meltdown and the society wanted to avoid a repeat of that phase. People knew reforms were a must. They knew they could not continue to pour money into loss-making enterprises. They knew they had to get their fiscal house in order.

Ten years later, prior to 2007 EU entry, a beacon existed when the whole society was focused on EU accession, when policymakers could make tough choices in pursuit of this goal.

Now this goal is no longer there. Now there is a lack of shared mission and vision towards which the entire society is moving.

With elections due next year, it is clear that reforms will be delayed once again.