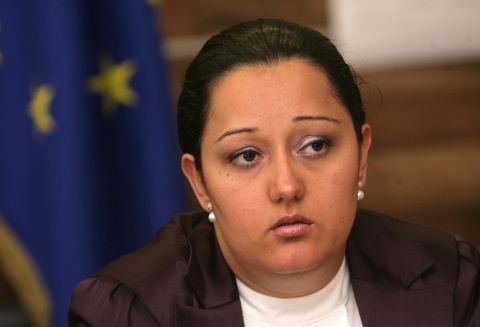 Regional Development Minister Lilyana Pavlova has announced that Bulgaria will allocate an additional BGN 700 000 for archaeological research on the route of the Maritsa Highway. Photo by BGNES

Bulgaria will allocate an additional BGN 700 000 to the initial sum of BGN 500 000 earmarked for archaeological research on the route of the Maritsa Highway, according to Regional Development Minister Lilyana Pavlova.

Speaking Monday in the southern city of Parvomay, she specified that the reason behind the additional subsidy was that "there is much more archaeology alongside the lots of the Maritsa Highway than initially expected".

The excavations on the site are yet to be made and the terrain, so that the terrain can gradually be freed up to build the highway.

"The construction of a very large bridge has already started. Construction works are proceeding at a good pace and according to schedule, which means that the Maritsa Highway should be opened for traffic in 2013," Pavlova suggested.

Under the project, a total of 16 streets and children's and sports playgrounds have been built in Parvomay.

Commenting on the project, Pavlova emphasized that the state had shown that it was capable of supporting projects for improving the urban environment in smaller cities.

"Funding has also been earmarked for flood prevention, which is a very important issue for the region. It is worth keeping in mind that smaller cities also need funding and must not be forgotten in the next programming period," she added.