Bulgaria's Ludogorets out of Champions League after Zagreb Drama 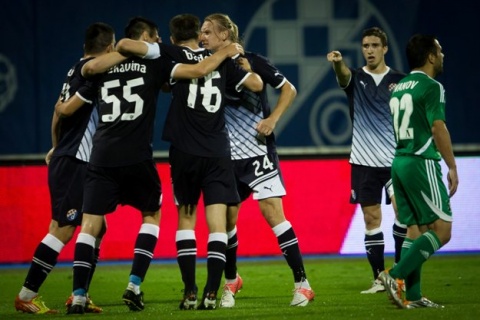 Dinamo Zagreb scraped through at the very last minute. Photo by Index.hr

Vida's last minute winner saved the Croatian side from a shocking defeat, as it scraped through with 4-3 on aggregate.

A spirited attacking display from the Bulgarian visitors helped them twice take the lead, through Emil Gargorov and Marcelinho. However, Ante Rukavina cancelled out both goals.

Marcelinho was sent off in the 57th minute after collecting his second booking for simulation, the result being 2-1 for the away team at that point.

Struggling with a man down, the surprising Bulgarian champions looked set to progress until Vida's goal well into stoppage time.

Dinamo is to play Moldova's FC Sheriff in the third qualifying round.