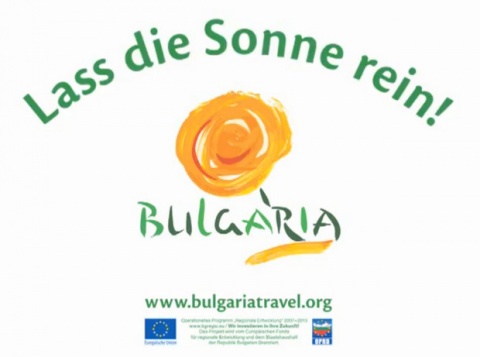 A grab from Bulgaria's advertising video on the German Sonnenklar TV.

Bulgaria's Ministry of Economy, Energy, and Tourism is starting campaigns to advertise Bulgaria as a tourist destination in cooperation with major German tour operators, the institution announced Wednesday.

As part of Bulgaria's National Tourism Program for 2012, Bulgaria will be presented during the presentations of the catalogs for next year of major tour operators Thomas Cook and REWE Touristik.

Thomas Cook's catalog is to be presented in Berlin on November 2-3, 2012, before 1 500 tourism agencies; the Bulgarian Economy notes that Thomas Cook is a leading global tour operator with over 22 million tourists globally.

REWE Touristik's catalog for next year will be presented in Salzburg between October 24 and October 28 with over 1 500 tourist agencies represented; it will also feature an online presentation of Bulgaria.

"By publishing information about our destination in a separate brochure, REWE Touristik will give a clear signal to the thousands of agents and tourist bureaus in Germany and Austria that it sets Bulgaria in the focus of its development strategy, and is concentrating its growth efforts with us," the Bulgarian ministry explains, adding that the ITS catalog on Bulgaria will focus on summer resorts but will also feature culture and spa tours.

The Economy Ministry reminds that it has already started an advertising campaign for Bulgarian tourism together with FTI Touristik, showing an advertising video on Sonnenklar TV, averaging 550 000 viewers daily from Germany, Austria, and Switzerland.

Together with Bulgarian-German consortium, Fraport Twin Star Airport Management, the Bulgarian Economy Ministry is also planning an advertising campaign at one of the world's largest airports, Frankfurt Airport in Germany, which is to be conducted in September 2012.