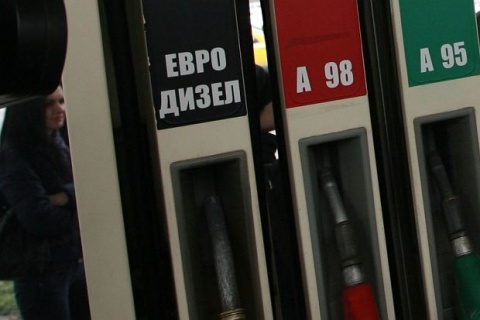 In the last days, retail fuel prices in Bulgaria approached record high levels registered in end-March over the past few days. File photo

Bulgaria's Minister of Economy and Energy, Delyan Dobrev, announced Wednesday that emergency measures have been undertaken to reduce the record-high gasoline and diesel prices in the country.

Speaking in an interview for Nova TV, the Minister based his report on receiving information from Lukoil Bulgaria that the company is lowering the wholesale prices.

Dobrev said he is receiving daily notifications on fuel prices in Bulgaria and in neighboring countries, and usually those in Bulgaria have been the lowest over lower labor cost, lower excise duties and lower Value Added Tax, VAT.

"In recent days, however, Bulgaria ranks fifth with Romania, Latvia, Lithuania and Luxemburg having lower prices. We should be first or second. This means something has occurred and our prices are in discrepancy. There is such monitoring because the external factors like crude oil prices on global markets and the exchange rate of the USD have the same influence on fuel prices in Bulgaria and in other countries. The fifth place means there are no external causes for the hike, but rather some irregularities in forming local prices" he stated.

The Lukoil Bulgaria CEO, Valentin Zlatev, had explained to the Minister the recent misbalance with the fact that in different countries some manufacturers react faster to the price changes and some slower.

According to Dobrev, the good news is that the said discrepancy has lasted just for a few days, and starting Thursday it will be eliminated with fuel prices in Bulgaria leveled with those in other countries.

He promised that diesel prices will drop by midnight by BGN 0.7, while the gasoline ones will go down by BGN 0.3.

In the last days, retail fuel prices in Bulgaria approached record high levels registered in end-March over the past few days.

Diesel reached the peak rate of BGN 2.73 per liter registered on March 21 (against the backdrop of Brent crude trading at over USD 120 per barrel), but this time the record price tag stayed only for one day.

On Tuesday morning, Lukoil filling stations offered gasoline A95 at BGN 2.64 per liter and diesel for BGN 2.71 per liter (Lukoil is also owner of Bulgaria's sole refinery, Burgas-based Lukoil Neftochim).

Since the beginning of July, diesel prices have increased by BGN 0.23 and gasoline prices by BGN 0.18.

Experts have attributed the latest retail price increase to the crude oil price spike on global markets in the past two weeks and the increased USD/EUR exchange rate.

In mid-June, Lukoil Bulgaria stopped providing official explanations for wholesale price movements, saying that the company was being inspected by the Commission for Protection of Competition (KZK).

KZK declared recently that it had detected irregularities but it has not come up with a final ruling on the matter.