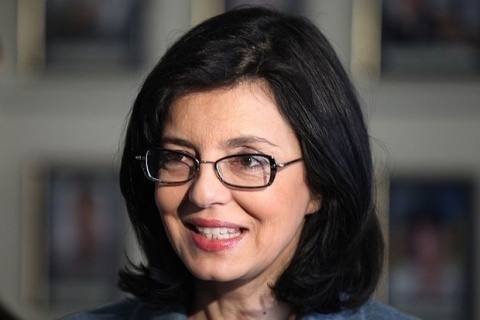 Bulgaria and Bulgarians are gradually perishing from the incompetence of those in key positions, stated former European Commissioner Meglena Kuneva.

"It is time to answer the question whether everyone is at the right position, and whether everyone did their best to prevent the hard events that we went through recently," said Kuneva at a press conference Saturday.

She referred to the dam break that flooded the Biser village over the winter, recent explosions of a munitions depot near Sliven, the wildfire on Vitosha mountain, as well as Wednesday's terrorist attack in Burgas.

Kuneva gave the press conference Saturday to promote her newly founded Bulgaria for Citizens political party, in which she intends to run in 2013 parliamentary elections.

"I am shocked from the attention politicians and media are giving me - this indicates big fear and explains attacks against me," said she.

"They know that I will introduce a new standard in politics and that's why they're afraid. But that will not stop me," added Kuneva.

The former European Commissioner stated she and her party have no intention whatsoever to enter in unprincipled coalitions following the elections.