Travelers in Bulgaria Asked to Check 2 H ahead of Flight 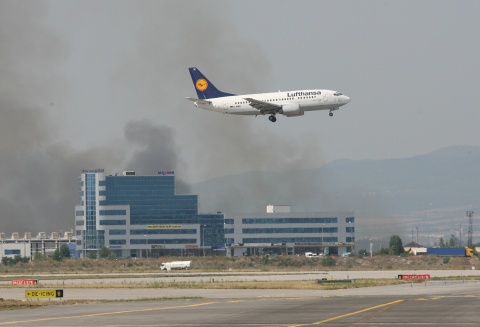 Bulgarian airports, railroad and bus stations and post offices are placed on high security alert in the aftermath of a terrorist attack on Israeli tourists. File photo.

Bulgaria's Transport Ministry is advising all travelers to arrive at all airports in the country at least two hours before their scheduled flight over increased security measures.

The measures were instituted after the terrorist attack at the airport of the Black Sea city of Burgas, where a bus carrying Israeli tourists exploded Wednesday afternoon

The Ministry reminds that the websites of the airports in Sofia, Varna, Burgas and Plovdiv, will provide the most current and updated information.

Airport access of those meeting and sending off passengers will be temporarily restricted.

The Burgas airport is closed under a code red alert; the flights are diverted to the airport of the other Black Sea city of Varna and to the capital Sofia.

The Ministry is calling on all citizens to be understanding of the situation and apologizes for any inconvenience.

Some of the Israeli tourists will be taken back home on the government Airbus, on the order of Prime Minister, Boyko Borisov.

The US CIA and the Israeli Mossad are, reportedly, investigating the attack.

Borisov announced earlier Thursday that the terrorist attack is most likely the works of a suicide bomber. The information was confirmed by his Deputy, Interior Minister, Tsvetan Tsvetanov. Tsvetanov also backed reports that the man had a fake driver's license from the US state of Michigan.