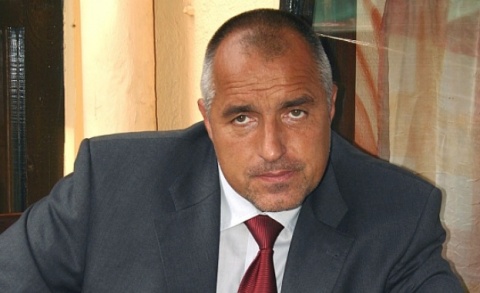 Prime Minister, Boyko Borisov, rushed overnight to the scene of a terrorist attack on a bus of Israeli tourists on Bulgaria's Black Sea coast. Photo by BGNES

The terrorist attack at the airport of Bulgaria's Black Sea city of Burgas is most likely the works of a suicide bomber.

The information was reported by Prime Minister, Boyko Borisov, who along with other senior officials also rushed to the crime scene.

A bus carrying Israeli tourists exploded Wednesday afternoon at the airport of the Bulgarian resort city, killing at least six people and wounded more than 32, the Bulgarian Foreign Ministry said.

Five people died at the scene and one died later in hospital. Thirty-two people were admitted to hospital, of which three are in intensive care and were transported overnight by a government military plane to Sofia.

The top lead now is that the explosive was activated when the man boarded the bus. The initial version was that a bomb was placed in the luggage compartment of the bus.

The man was taped by the airport security cameras. On the recording he can be seen walking around the premises for at least one hour. According to initial information he is Caucasian, with long hair, dressed in sports attire.

His body is the most torn by the blast and this is the main reason for investigators to believe he is the perpetrator of the attack.

His ID papers were found on him. They included a US passport and a drivers license from the state of Michigan, which is believed to be fake.

An FBI database check has not found an individual with such documents. It remains unclear how he obtained the fake passport, and how and when he entered the country.