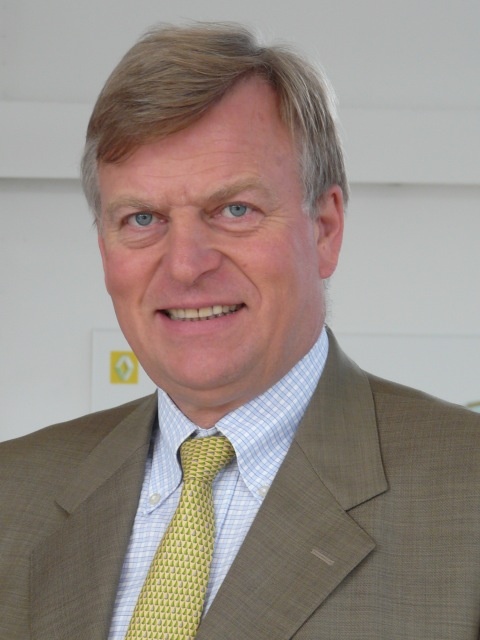 What is the scope of Renault-Nissan's business activities in Bulgaria?

Renault Nissan BG is importing new vehicles and spare parts for Renault Dacia & Nissan brands and distributing through a selective number of dealers across Bulgaria in 22 outlets.

Some see the Bulgarian market of new cars as negligible, others as harboring great potential. What are its advantages and disadvantages in your view?

The new vehicle market is small compared to others countries in Europe, but the household's equipment rate is high around 500 cars per inhabitant thanks to the very huge second hand market.

I think we achieve the bottom line with 18 000 units as total market, this market will increase thanks to the growth in Bulgaria and also with the re-enforcement of the regulation for the CO2 emission which will benefit to the new cars market.

What is your reaction to the ongoing practices on the Bulgarian market in which there is re-exporting to other EU countries of new cars purchased in Bulgaria at cheaper prices? Is this situation harmful or beneficial to car producers and/or dealers?

Last year when there was a big demand in the west countries with national incentives programs for cars, some dealers re-exported new vehicles to EU countries thanks to the price positioning in Bulgaria which is very good. This situation benefits some end clients or brokers, but it doesn't represent the proper way to sell new vehicles, probably the huge drop of the automotive markets push some distributors for surviving through re-export.

I think this export sales are marginal now. Our RNBG target is to develop sales in Bulgaria with the appropriated new vehicles which are specially prepared with bad road definition for protecting our clients and provide a high service quality to get the satisfaction and the loyalty of our client.

In follow-up of the previous question but not only, do you as a foreign investor wish to see any sort of new regulations or actions on part of the Bulgarian state with respect to the car market?

New regulations in Bulgaria are unpredictable, it is the biggest difficulty for a foreign investor. Unpredictability for VAT refunds, non-respect of the regulations for technical checks, no constraints or regulation for CO2 emission which represent a big advantage in EU for the second hand cars business. It seems the lobbying of second hand cars is very strong & efficient!

Where do you see Bulgaria's untapped potential in the auto industry? (Other experts have suggested electric cars, car parts, assembly, full-fledged manufacturing...)

Bulgaria could be an important player in the automotive component fields such as the batteries ones. But full-fledged manufacturing seems difficult because all carmakers have over capacity in EU.

What is Bulgaria's place in Renault-Nissan's regional strategy? Is its place dominated by the Renault-Dacia operations in Bulgaria's neighbor Romania?

Renault Nissan Bulgaia with its three brands represents 17% of the total new vehicles markets (Dacia 8%, Renault 6%, Nissan 3%) , which are very good performances in Bulgaria, but at the same time Dacia is leader in Romania with 35% as market share and the Renault group in Morocco is at around 40%.

How much of competitors are Renault-Dacia (based in Romania) and Litex Motors / Great Wall Motors (based in Bulgaria) really going to be?

It is difficult to compare Dacia with Litex, because Renault is producing cars in Romania with the whole manufacturing: stampings, body welding, assembly, painting, testing, producing engines, and gearboxes, we have also a Dacia Research Center in Romania for preparing for the future.

I don't know exactly what the current activities of LITEX (Great Wall) in Bulgaria are, it seems they just import cars from China and the added value in Bulgaria is very limited.

Back in 2011 the Bulgarian government trumpeted its potential to cooperate with Renault-Nissan in the production of electric cars. Can any tangible joint projects or Renault-Nissan investments be expected in Bulgaria in this field?

Renault is a pioneer in electric vehicles with a range of 4 models (Fluence, Kangoo, Twizzy, Zoe), these are released on the European market; there is no industrial or production project for these cars in Bulgaria today, recycle of the batteries at the end of life can be explored.

What is your mid-term forecast for the use of electric cars in Europe? How are Renault-Nissan's development policies reflecting this trend?

The potential of electric vehicles is between 5 and 10% of the new vehicle market sales evaluated in 2020. The main national factors for accelerating this growth are the implementation of CO2 policy, for encouraging the non-polluting cars.

In Bulgaria, we are very far away from this target, the lobby of the second hand car business is so important that the government doesn't plan to introduce some limits for importing very old cars from Western Europe. These cars don't comply with any norms of CO2, most of them have fake mileages and no technical tests.

There is a general belief that French business and investment in Bulgaria are still underrepresented or "unsatisfactory" (unlike the French investments in neighboring Romania, for example). Do you think this criticism is justified?

Yes, I think commercial relationship between France and Bulgaria and vice versa is low. French businessmen don't know very well Bulgaria, if we compare with Romania where French positions and investments are high.

All French representatives are promoting Bulgaria, in valorizing this country. It is what I do as French counselor for foreign trade with some colleagues. Ubifrance organizes a big event from 4th of July to 6th , for companies interested in Bulgaria's potential.

As a representative of a large multinational investor, what measures do you recommend that Bulgaria undertake in order to be more attractive and investor-friendly?

We need to have predictability for taxes regulations for instance,

The relationships with Courts are very difficult and the decisions can be surprising.

Simplify the administrative processes with all the Administrations and Ministries

Guarantee transparency in the public tenders.