Stan Petrov on Track to Recover from Leukaemia 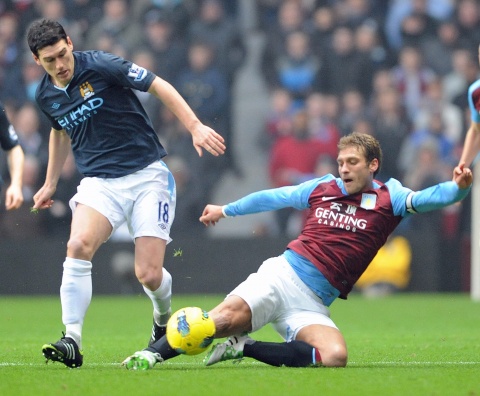 Petrov in one of his last games for Aston Villa, before being diagnosed with leukaemia in March. Photo by EPA/BGNES

Under a headline saying "Celtic legend Stiliyan Petrov winning battle against cancer," the Record reports that the Bulgarian is in a remission from the disease.

"His remission is a fantastic first step towards what we all hope will be a full recovery," said Prof. Chris Bunce, research director at Leukaemia & Lymphoma Research, as quoted by the Daily Record.

Stan has undergone extensive chemoterapy and there is still medical work to do to declare a full recovery.

His colleagues from English team Aston Villa team have praised Petrov's courage and determination in the ordeal.

"I always believed that you need to be patient and you need to believe in things, and I believe I will get better," said Petrov himself, as quoted by Daily Record.

The loved Bulgarian midfielder made a strong carreer in Scotland's Glasgow Celtic 1999-2006, and then moved on to Aston Villa, which he came to captain.

He was diagnosed with leukaemia end of March in news that shocked the public in the UK and Bulgaria and mobilized the warm support of colleagues and fans across football teams and country borders.