French Ambassador Philippe Autie: Bulgarians Must Have Trust in Bulgaria 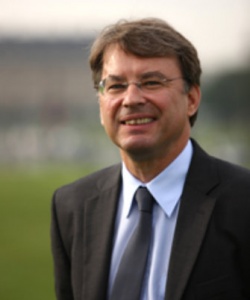 You've been in Bulgaria for a year. How do you feel in Bulgaria, how do you like the country and the people? What is your impression?

It's a very good impression. I've been here for 1.5 years. My only problem is that time is passing too fast, and I have no solution for that. I am happy in Bulgaria. It's a beautiful country as far as geography is concerned. I like the people. Bulgarians as I see them are direct, honest, sensitive, cordial.

There is a general belief that French business in Bulgaria is still underrepresented or has disregarded Bulgaria. Do you think this criticism is justified?

Disregarded – no! Our economic relations do not have the density that they should have, and I think that both sides agree on that. Part of this is probably due to the fact that French people don't know Bulgaria so well. Another part of the explanation is the image of Bulgaria, and all the issues involved in the so called Cooperation and Verification Mechanism of the EU.

One significant part of this explanation is that it is probably no so easy to do business in Bulgaria for foreigners. Not only for French people but for foreigners in general. For example, if we look at public procurements, in Bulgaria it is not so easy to win tenders.

And I would add something that there is evidence for – what makes a country economically attractive is not simply low taxes. I think Bulgaria cannot be attractive for investors simply with low taxation. I think the level of attractiveness is a lot more complex.

First, once again, I think that you should not overestimate the importance of low or high fiscal pressure of what makes the investment attractiveness of a country. For example, in Bulgaria the tax burden has not increased in the past 4-5-6 years but the FDI in Bulgaria went from about 25% of the GDP in 2007 to maybe 3% of GDP now.

There are, among other conditions, two main factors that influence the investment attractiveness of Bulgaria. The first one is a qualified and competent labor force. The second one is a stable macroeconomic environment.

If Bulgaria has a disadvantage, I would say that it is probably rule of law, corruption, maybe organized crime, the fact that the judiciary is maybe not strong enough yet – all these topics which are addressed in the CVM of the EU.

The second disadvantage of Bulgaria is that growth in Bulgaria remains modest, and too modest as compared with the need to catch up with the average level in the EU.

In the EU/Euro-Area-wide context, France, together with Germany, has initiated the new EU Fiscal Pact, whose inception included demands for uniform taxes in the EU members that subscribe to it. How do you evaluate Bulgaria's position to defend its low taxation policy? Given that its low taxes are Bulgaria's main investment advantage, do you think that France and Germany's demands for Bulgaria in that respect are fair?

This is not about competitive devaluation but about the risk of becoming devoid of all kinds of competitive mechanisms that can lead our countries into a vicious cycle of constantly growing budget deficit. In order to avoid this deficit, we need to reduce public spending but this too can leads into a strong deflation vacuum.

What would that mean for the tax rates in Bulgaria? We have 10% corporate tax rate now.

This is something we have to discuss and negotiate. This is what harmonization means.

But we need to stop the temptation of competition through taxes, which will be fatal for all of our public finances. The internal market is something fundamental. It's a great success of the EU. And some say rightly, Italy for instance, that it must be completed. It's about equilibrium and harmonization.

Again looking at the EU context, is France running the risk of ending up in a debt crisis? How stable are France's public finances relative to the other euro zone members?

In a rational context or system, my answer is, "no". France's finances are at about the EU average, with a public deficit which will come below 3% of the GDP next year, and a public debt that is between 80% and 90% of the GDP. I don't say that it wouldn't be better to have a lower public debt, of course, but in a rational world you wouldn't have a problem with that.

The problem now is that all euro zone member states are threatened by any possible market panic. Panic is something totally irrational. The problem in the euro zone today is precisely that it is very much expose to these panic attacks.

The crisis of the euro zone is no longer the crisis of a certain state, as might have been the case at the beginning. Now it is a governance and systemic crisis. All member states are risking a debt crisis.

My personal answer is that I don't think that France will end up in a debt crisis because I am absolutely sure that all member states will find a way to address the crisis, and that is in everybody's vital interest!

Do you expect exits from the euro zone/the EU, or some kind of radical transformations such as their downsizing to a European core without some of the outer-lying Southern members, or without Britain?

No, we need to be clear what we are talking about – the euro zone or the EU. First, the euro zone. All euro zone member states agree that we would like to keep everybody on board. This of course implies that everybody will obey the necessary financial discipline. This is about the euro zone.

As far as the EU is concerned, we are probably going towards an EU with reinforced cooperation. This is nothing new because the euro and the Schengen Area are all such projects. In this context, I would like to stress that all member states are welcome in this zone of reinforced cooperation. Nobody is excluded but anybody can stay apart.

Is the Franco-German cooperation going to remain the main driving force of the EU and the euro zone, and why?

Yes, but not only that.

What else will be there?

For example, the four-party meeting in the euro zone – France, Germany, Italy, Spain. To answer your question – I think the Franco-German engine will remain, it will continue to fulfill its role but it will not be the only one.

In the past, the French diplomacy has traditionally favored Bulgaria's neighbors, especially Romania and Yugoslavia/Serbia. What is the situation today, is it fair to say that all Balkan countries are equally important for France's foreign policy?

I think that today in the European Union all states are important with a meaning that would not have been exactly the case 10 years ago.

Why do I think that? Because we can clearly see – in the context of the euro crisis but also in Schengen – that each EU state depends strongly on each of its partners. In other words, a single country can turn everything upside down – as proven by the euro zone example. Greece is only 2% of the GDP of the euro zone but the crisis started there.

Bulgaria is technically a francophone country. What prospects do you see for internationalized French culture and francophonie in the age of domination of American popular culture coupled with the English language?

No doubt it is true that the American pop culture is stronger than the others. It is also certainly true that the English language today has a unique place in the world.

However, it would be a great deception to believe that the world and the planet will change in the direction of a monolingual state, or a situation in which a single country would have supremacy. The planet does not wish to be dominated by a single culture or language. For the world to have a balance, we need to obey its diversity. I have no doubts that this diversity will be preserved.

Allow me to end the answer to this question with something more personal. When I remember attending the celebration for the 50th anniversary of the Lamartine French-language High School in Sofia in December 2011, or the end of the school year celebration at the same school, and seing all those Bulgarian students sing French songs probably even better than the French people, I have no doubt that his linguistic diversity will be perpetuated.

Bulgaria generally has a terrible image abroad, in countries such as France. What do you think is the key to improving Bulgaria's international image?

First, Bulgaria must continue what it has begun in its fight against corruption and organized crime, the strengthening of the efficiency of its judicial system. It must go ahead with applying the law for the confiscation of illegally acquired property. It must apply the law that was recently voted for the election of the members of the Supreme Judicial Council.

The second thing – which is more complicated – you must have trust in Bulgaria, and in yourselves. I am struck by the fact that so many Bulgarians have doubts and think that the difficulties they face now will last forever.

Many Bulgarians have no trust – on the one hand they love their country, which is probably exactly why they are so disappointed, and seek shelter in pessimism. In Bulgaria, as everywhere, fatalism and pessimism are self-perpetuating.

If all Bulgarians could have greater faith in the fact that their future lies ahead, it WILL certainly lie ahead.