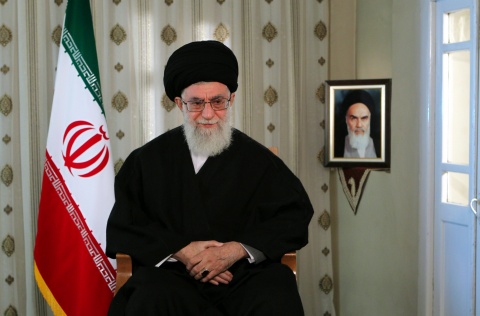 Iran's supreme religilous and political leader Ayatollah Ali Khamenei has issued an unprecedented statement calling people across the world to prepare for the wars signalling the coming of Judgment Day.

"We must prepare for the coming. Since we consider ourselves the warriors of the 12th Imam, we must fight," said Khamenei in a position published simulaneously by a number of Iranian state media, reports Lenta.ru.

"Under the leadership of God, and with his invisible Power, we will restore the glory of Islamic Civilization," stated the Iranian supreme leader.

Lenta.ru furhter writes that some months ago, a book entitled "The Last Six Months" was distributed among Iran's army.

According to the book, there is little time remaining for this world, as many prophecies of its end have come true, and accordingly soldiers and officers must be in a permanent war alert.

According to Shia Islam, the 12th Imam, Muhammad al-Mahdi is a Messiah who at the end of days will come to the world to instore peace, prosperity and happines.

This however will be preceded by a period of wars, famine, godlessness and rampant sin.

In the past weeks, international tensions around developments in Iran's ally Syria have intensified, as the bloodshed in Syria is violently escalating.

At the same time, Iran itself faces new hurdles in its nuclear program and a raised militant rhetoric coming from Israel.