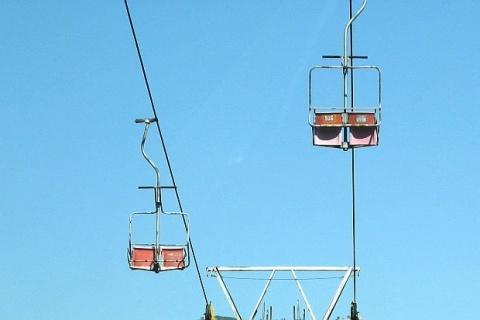 The Vitosha Ski company, which owns lifts on the Vitosha Mountain nearby Bulgarian capital Sofia, has said it will re-launch the facilities by August.

Vitosha Ski stopped operating the lifts and did not open ski facilities for the last winter season, in protest against a denial to expand operations in the mountain.

Vitosha Ski had presented a development project that was rejected as environmentally unfriendly for the mountain, which, being a designated nature park, is a protected area.

After a meeting with Sofia Mayor Yordanka Fandakova, who had threatened to sue the company, Vitosha Ski miraculously agreed to re-launch the lifts in Vitosha.

It is not clear why this meeting and development did not happen earlier, but it is the latest in a long controversy regarding the operations of Vitosha Ski.

End of 2011, the company pushed controversial amendments in Bulgaria's Forestry Act that would have virtually scrapped administrative hurdles to go on with expanding facilities in the mountain.

When Parliament adopted the legislation June 13, this triggered spontaneous large-scale protests in Sofia that led to a presidential veto on the act.

The National Assembly is now considering a version of the law that does not include the controversial so-called "Vitosha Ski amendments."

Tuesday Bulgaria's state agency for technical control released a statement confirming that the Vitosha lifts were recently monitored and were fully operational, contrary to allegations by Vitosha Ski.

In the next weeks, the company has only to clear the tracks of the lifts from overgrown vegetation.

Vitosha Ski acquired the lifts in Vitosha from the Sofia Municipalitiy during a privatization procedure back in 2007, when current Bulgarian PM Boyko Borisov was Sofia's mayor.

Vitosha Ski is known to be controlled by Bulgarian businessman Tseko Minev, who also controls the major Yulen Ski company in Bulgaria's main winter resort Bansko, as well as the First Investment Bank.

Minev is also head of the Bulgarian Ski Federation and is known to have friendly relations with Bulgarian PM Boyko Borisov.