Bulgaria PM: Many of My Mins Will Go Down in History 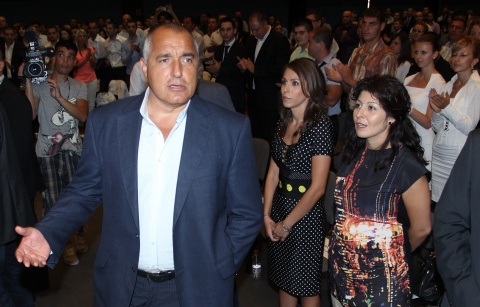 Bulgarian PM Boyko Borisov has lavished praise on his cabinet members and policies during a youth conference of his ruling center-right GERB party Sunday.

"We in GERB have ministers who will go down in history as being among the very best in their field," stated the party chair in his address to the conference.

"Bulgaria has not had a more democratic government than the current one," stated Borisov, explaining that his cabinet has listened to citizens wherever they objected to policies.

As examples the Bulgarian PM pointed out the banning of GMO in Bulgaria, the non-ratification of ACTA, the moratorium on shale gas exploration, and the recent scrapping of the controversial new Forestry Act.

At the same time, Borisov advised young GERB supporters to be more active and to enter into dialogue with young protesters in order to defend the cabinet's policies.

Saturday it surfaced that Borisov, who has been Bulgaria's PM since general elections in July 2009, has already entered into an approved history textbook for Bulgaria's high schools.