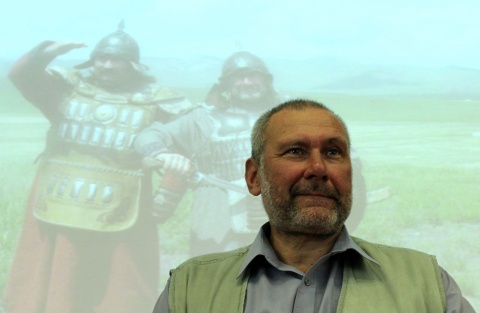 At a press conference presenting the results of a recent expetition to Mongolia, Ovcharov said he and his team met and talked to local shamans to discuss the novel idea.

"I now have this as my cause and most probably in April and May next year we will have true shamanic rituals here in Bulgaria," said he.

Although Bulgarians speak a Slavic language and stem predominantly from ancient Slavs and Thracians, the ancient Bulgars, who founded the Bulgarian state in 681 AD and gave it its name, are considered by some to be of Turkic origin and as such related to the Mongols.

"We have to recreate the rituals of the ancient Bulgars at their archaeological sites here in Bulgaria," argued Prof. Ovcharov.

"The participation of true shamans would be really important from a scientific point of view, but it will also create a veritable tourist attraction," explained he.

According to Ovcharov, shamanistic rituals could be staged not only at Bulgar sites near Madara and Varna, but also at the ancient Thracian city of Perperikon.

"This is of utmost importance for tourism, and our tourist sites can be aptly enlivened with attractions like the one I am suggesting," added the archaeologist.

Prof. Ovcharov also said he is launching a campaign to build a monument to Saints Cyril and Methodius in Mongolia's capital Ulan Bator.

The two Byzantine learned brothers, who lived in the 9th century AD, were instrumental in creating what is now the Cyrillic script.

Cyrillic has been the official alphabet in Mongolia since 1945, but the old traditional Mongolian script is also mandatory in schools, and has been gaining popularity in recent years.