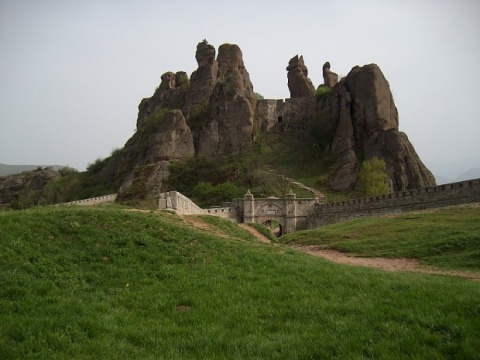 The official start of the national vote to select the Miracle of Bulgaria was given Friday in the town of Belogradchik.

The campaign "The Miracles of Bulgaria 2" is held under the initiative of the Bulgarian "Standard" daily and aims at choosing new Bulgarian treasures to be added to the list of protected cultural heritage of the UN Cultural Organization UNESCO.

The event was attended by Deputy Prime Minister and Finance Minister, Simeon Djankov, the Director of the National History Museum and former Minister for Bulgarians Abroad, Bozhidar Dimitrov, the Member of the Parliament from the ruling, center-right Citizens for European Development of Bulgaria party GERB, Vladimir Tochev, the Mayor of Belogradchik, Boris Nikolov, Deputy Regional Governor of Vidin, Elka Georgieva, senior clergy, representatives of State institutions and NGOs, museum curators and other museum staff.

In addition to the ceremony, a public discussion titled "The New Cultural and Historical Route of the Vidin Region" was launched aiming at selecting 10 cultural and historical sites in the region to become priority for development for local authorities, the State and the public.

Djankov announced that BGN 12 M will be slated in the next 3 years to finance cultural tourism.

The route will include several fortresses, archeological sites, historical churches and monasteries and the famous Magura cave.

Lyubomir Slavov, from Foundation Sozopol, informed that the planned restoration of the Jewish Synagogue in Vidin has reached technical stage and its start is forthcoming.