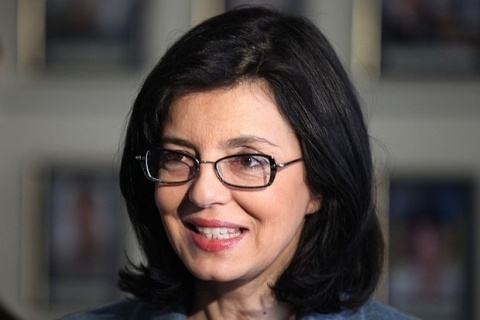 Former EU-Commissioner and 2011 presidential runner Meglena Kuneva was expectedly elected as chair of her own political project, Bulgaria for Citizens.

The party was officially founded on Sunday.

"The reason I am here is that I believe in you," Kuneva told the political formation's founding committee, as cited by local media.

The former EU Commissioner for Consumer Protection reiterated that her party will run solo in the 2013 general elections.

She claimed that the party's aim was not to take part in the next government just for the sake of it, but "to work."

Kuneva announced officially the transformation of her civic movement to a political party on Europe Day, May 9.

Many of Kuneva's supporters are said to be attracted by her "European" appeal.

Human rights expert and Bulgaria for Citizens National Council Yonko Grozev recently said he did not rule out the possibility of the party entering a coalition government with any of the countries larger parties, centrist-right GERB (the current ruling party) or left-wing Bulgarian Socialist Party.

Recent polls have suggested that, in addition to GERB, BSP and the ethnic Turkish Movement for Rights and Freedoms, Bulgaria for Citizens is the only one with real chances to win parliamentary seats at the 2013 general elections.