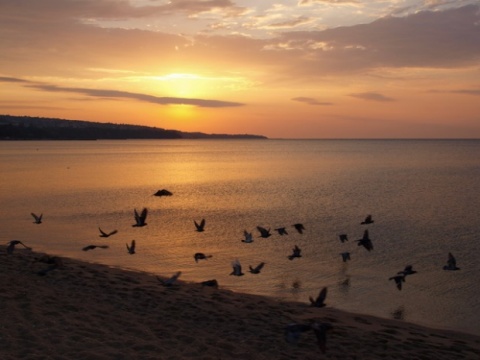 Thousands of Bulgarians flocked to the country's seaside early on Sunday to see the sunrise and celebrate a unique holiday.

The "July Morning" event, dedicated to the famous eponymous song by Uriah Heep, tradition dates back to the hippie period in the 1970s and 1980s and originated as a protest against the restrictions of the communist regime.

The holiday is still quite popular among Bulgarians.

On Sunday, John Lawton delighted thousands of Bulgarian fans by performing "July Morning" at the Kamen Bryag village near Varna exactly at dawn (5:33 am local time).

Lawton took part in the event for the sixth time and was accompanied by popular Bulgarian rock band B.T.R.

It was at Kamen Bryag where the tradition started, but it is celebrated all across the seaside now, including near the cities of Varna, Burgas and Sozopol.