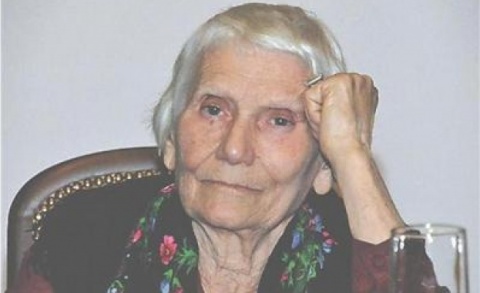 Author and screenwriter, Svoboda Bachvarova, was the person behind some of the all-time Bulgarian hit movies and TV series. Photo by Cross.bg

Renowned Bulgarian author and screenwriter, Svoboda Bachvarova, has passed away at the age of 87 in Brazil, where she lived with her daughter for the last 23 years.

Bachvarova is the screenwriter for some of the all-time Bulgarian hit movies and the TV series "Na Vseki Kilometar" (On Every Kilometer). She has written the famous novels "Ilinden Mass," and "Target Land," which have also become the basis of two film scripts.

The writer was born on January 11 1925, in the family of leftist intellectuals, who immigrated to Austria the same year and in 1926 moved to France to be extradited later to Belgium.

After Bulgaria declared amnesty in 1930 for expat mothers, Bachvarova and her mother returned to the homeland while the father remained in Belgium to join the Resistance and was killed in 1943.

In her youth, she followed her parents' leftist ideology and was even arrested in high school.

After September 9 1944, when the Communist regime was established in Bulgaria, Bachvarova enrolled in the University of Leningrad (now Sankt Petersburg). There she became first hand witness of the repressions of the Stalin regime against the country's intellectuals, and began reading Russian authors such as Sergey Bulgakov, Lev Shestov, and Nikolay Berdyaev. As she, herself, shared, this is when she started having doubts in the Marxist ideology.

Bachvarova was married to Dr. Lyuben Bachvarov. She has one daughter, who is married in Brazil.

In 2005, she was bestowed by then President, Georgi Parvanov, the highest order of Bulgaria "Stara Planina."