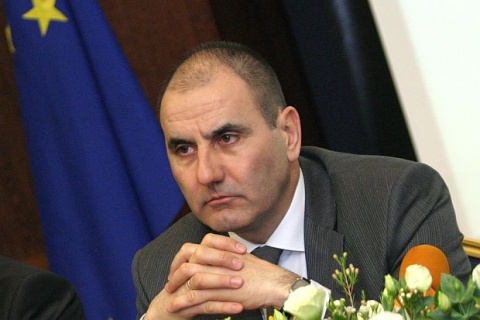 The libel case against Interior Minister Tsvetan Tsvetanov has been postponed for September 18, after the Plovdiv Regional Court' summer recess. Photo by Sofia Photo Agency

The Plovdiv Regional Court has postponed the libel trial initiated by Judge Miroslava Todorova against Interior Minister Tsvetan Tsvetanov for September 18 due to the poor quality of a video recording.

The material presented by private TV station bTV proved to be "technically unfit", which prevented the expert witness from preparing a phonoscopic analysis.

The expert witness notified the regional court in the southern Bulgarian city about the problem with the recording on May 18.

"It cannot possibly be technically unfit. This is not the first recording that we are offering to the court authorities and we follow an established procedure to comply with such requirements,"Lyuba Rizova, head of bTV's news department commented, as cited by Mediapool.

Judge Ekaterina Roglekova, Deputy Chair of the Plovdiv Regional Court and Chair of the Criminal Division of the same court, ordered Monday the private TV channel to present a new "technically fit" recording for the purposes of the phonoscopic analysis.

The expert analysis was requested at the first court sitting by Todorova's defender, Daniela Dokovska.

The phonoscopic analysis is to provide the exact words of Tsvetan Tsvetanov's statement during the morning broadcast of bTV on January 24.

Miroslava Todorova, a judge at the Sofia City Court (SCC) and Chair of the Bulgarian Judges Association (BJA), filed a libel lawsuit against Interior Minister Tsvetan Tsvetanov with the Sofia Regional Court on February 06.

The proceedings were ordered relocated to the Plovdiv-based court by the Supreme Court of Cassation (VKS) due to the fact that Todorova is a judge at the Sofia City Court, the court of second instance after the Sofia Regional Court.

Todorova's defender reiterated her call for a priority treatment of the case, stressing the tarnished reputation of a judge trying cases involving organized crime defendants.

Citing her busy schedule, Rogelkova set a date after the Court's summer recess.